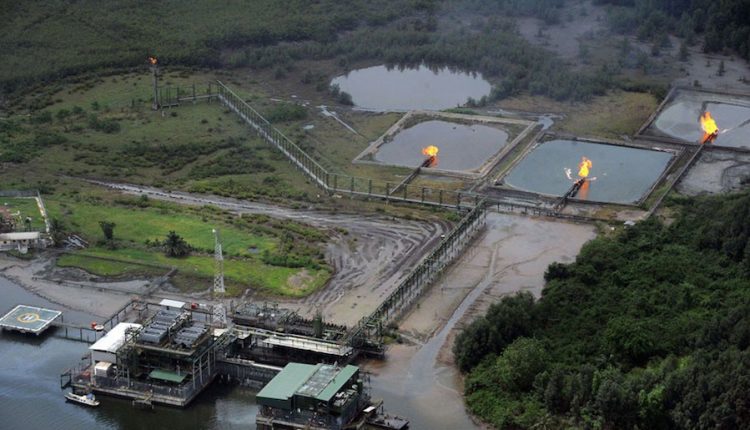 This is the Nigeria newest oil development since the start-up of the giant 200,000 b/d Egina field in late 2018. Production from the Anyala-Madu field development project is expected to reach 60,000 b/d, providing a much need boost to Nigeria’s oil output.

“It is a project that will go a long way in helping us achieve our strategic objective of 3 million b/d by 2023,” said NNPC’s Group Managing Director Mele Kyari.

In a report on Tuesday, S&P Global Platts said crude and condensate from these fields will be exported via the Abigail-Joseph FPSO, which has a storage capacity of 700,000 barrels.

Seven development wells have been planned in Phase 1 in the Anyala West field (OML 83), which will be developed along with the nearby Madu field in (OML 85). The project is estimated to contain 300 million barrels of crude oil recoverable reserves.

The final investment decision on the project was made in July 2018, while first oil was initially expected in 2019. OMLs 83 & 85 are located in the shallow waters offshore Bayelsa State in the Niger Delta region of Nigeria.

This is Nigeria’s “first wholly indigenously executed and funded integrated oil and gas project in the shallow offshore,” the NNPC said The report noted that Nigerian crude and condensate production has fallen sharply in 2020 due to the ongoing OPEC+ output cuts.

Nigeria has pumped around 1.81 million b/d of crude and condensate so far this year compared with 2 million b/d last year, according to S&P Global Platts estimates.

The country, the agency said, is desperate to increase its oil reserves as a fall in investment in the last year has put some strain on Nigeria’s oil and gas sector.

The federal ministry of petroleum resources is banking on a pick-up in exploration activity from the small, marginal fields soon to be handed out to investors and the planned reform of the oil sector that would stimulate investment.

Nigerian crude reserves, which stood at 38 billion barrels in 2015, have steadily declined over the past five years due to a combination of factors including a lack of funds, security challenges in the main oil-producing Niger Delta region and uncertainty over the government’s oil sector reform that has stifled investment in new exploration programs.