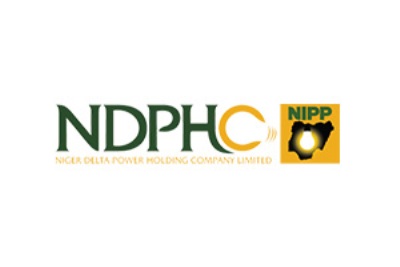 The Niger Delta Power Holding Company (NDPHC) has disclosed that it is engaging new engineering, procurement and construction (EPC) contractors to complete the four power plants located at Alaoji, Egbema, Omoku and Gbarain, and make them available to the national grid.

The four plants have a combined capacity of about 2,000 megawatts of power to boost national supply. The company, jointly owned by the federal, state and local governments, explained that some of the projects were delayed due to the cancellation of the agreement with the contractor handling the project.

“We are going to ensure that for all these power plants that are still undergoing installation, we will engage the right EPCs to make sure we complete them, have a thorough follow up on all the key open issues that these power plants have not to make them operational.

“We will employ the strategy of getting competent consultants to ensure that these projects are followed through.

“The aim is to make these power plants available and also ensure speedy engagement with the right government agencies for evacuation of power from the plants,” said the newly appointed executive director, Generation, NDPHC, Mr. Kassim Abdullahi, who spoke during an inspection visit.

He stated further, “We have gone round to see the condition of the parts for the completion of the steam turbine; we have taken note of some of the quick fix we need to work on quickly. So I believe that in the next few months, we will see a lot in the progress of this project.”

We help you Succeed with your Projects – Clark Technology…

He informed that in Egbema, Imo State, the NDPHC had just taken back the project from its EPC contractors after a long delay, according to him, a lot of power was trapped there at a time a lot of Nigerians needed it.

He commended the company handling the gas receiving station for keeping it prepared and ready for the power plant.

On the state of 252MW Omoku power plant in Rivers State, the executive director said the company will have to quickly return to site to continue the project. At the 252MW power plant in Gbarain, Bayelsa State, Abdullahi stated that the company’s in-house generation project team was working to ensure that the remaining unit plant comes on stream next year.

The Egbema Power plant is a three gas fired plant units designed to output 378.3MW ISO to the national grid. The contract was initially awarded in 2006 to Rockson Engineering Company Limited, which unfortunately failed to execute to its design output. The board of NIPP had no directed a termination of that particular contract at the end of 2019.

[Also Read] ‘Oilserv Has the Capacity to Deliver; our quality is better, our speed of delivery is faster’ – Okwuosa

“We have four power plants that were being built by Rockson Engineering. This one in Egbema, there is a 252MW power plant in Omoku, 30km away from here, and then there is another 252MW plant in Gbarain Obie, Bayelsa State, as well as the 1,074MW Alaoji Power plant.

“Alaoji and Gbarain are in operation being that parts of them have been completed by the former contractor and they put them into national grid but we are yet to complete them to scope,” the executive director said