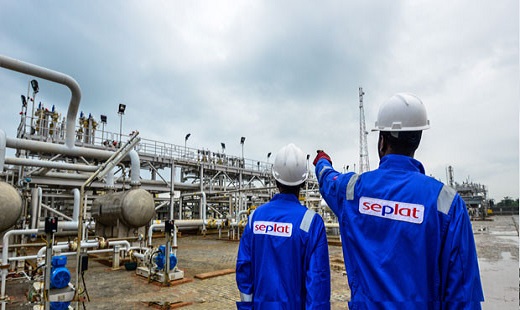 Seplat Petroleum has released a new crude grade from the OMLs 4, 38 and 41 fields in Delta

Blend and is being shipped through a terminal at the 125,000 bpd Warri refinery. Seplat has

confirmed that the new crude is being sent from the four fields via a 100,000 bpd pipeline to

available storage tanks at the Warri refinery and sold to its off taker, Mercuria, at the plant&#39;s

available for the future and is aiming for exports of 30,000 bpd on a longer-term basis.

The popular export grade, Forcados Blend, one of Nigeria&#39;s top export crudes which

are usually loaded via the Shell-operated Forcados terminal in the Niger Delta, was shut

deliveries. Exports of this grade resumed temporarily at the end of September and in October

up until an attack in early-November on the Trans-Forcados Pipeline stopped supplies again.

Nigeria’s oil output dropped to a near 30-year low of about 1.4 million bpd in May

from 2.2 million bpd earlier in the year as attacks on oil facilities in the Niger Delta increased

due to militancy in the region.