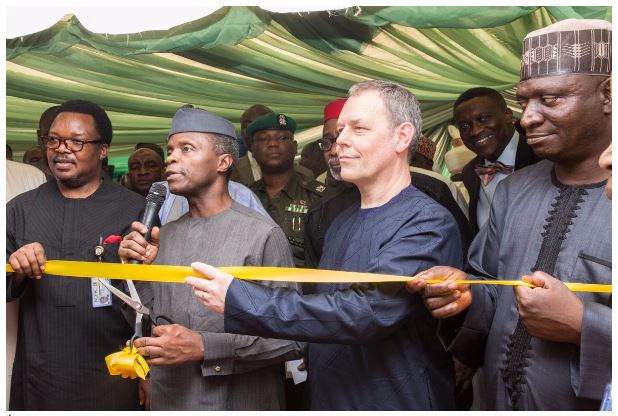 Acting President, Prof. Yemi Osinbajo, on Tuesday flagged off the distribution of 20,000

Performing the flag-off at Wuna village, a rural community in Gwagwalada, a suburb

of the Federal Capital Territory, Abuja, Osinbajo said it had become necessary to provide

in the country, noting that it was not possible to connect every village and community to the

Muhammadu Buhari in 2015 on how to better the lots of the rural dwellers.

“In September 2015, President Buhari spoke to me about what we could do to

accelerate the electrification in the rural areas. We had in mind different projects that we

could do to bring electricity to many of our rural communities and villages. He was

particularly concerned as we spoke about farming and also education in the rural areas.

Renewable energy, especially solar power, seemed to be the one that will be cost effective

and that we could deploy very quickly all over the country. Once we took that decision, we

came across Azuri. We expect that this will be replicated all over Nigeria,” he said.