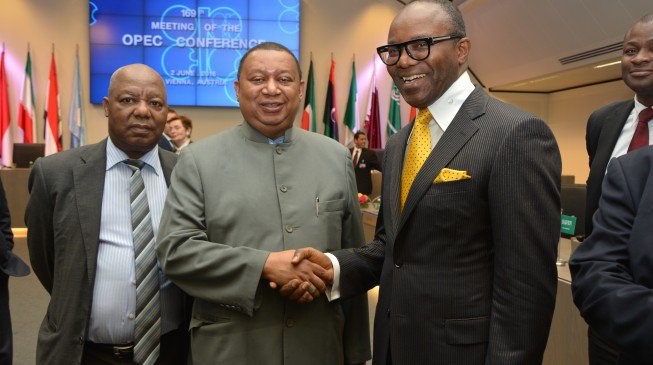 The Nigerian National Petroleum Corporation (NNPC) says diplomatic shuttles by Ibe Kachikwu, the minister of state for petroleum resources, helped in the appointment of Mohammed Barkindo as the new secretary general of the Organisation of Petroleum Exporting Countries (OPEC).

Garba Deen Muhammad, the group general manager, group public affairs division, NNPC, said in a statement issued on on Friday that after months of shuttle diplomacy anchored by Dr Ibe Kachikwu, “Nigeria’s quest to clinch the top job at OPEC, yielded dividend on Thursday with the appointment of Mohammed Sanusi Barkindo as the Secretary General of the Organisation”.

It also commended the effort and support of President Muhammadu Buhari for his support in ensuring that Nigeria got the position.

Barkindo is expected to occupy the position for three years in the first instance with effect from August 1.

He is coming to the position with a 23-year career in the NNPC, and the oil and gas industry.

Barkindo was a one-time the NNPC GMD.