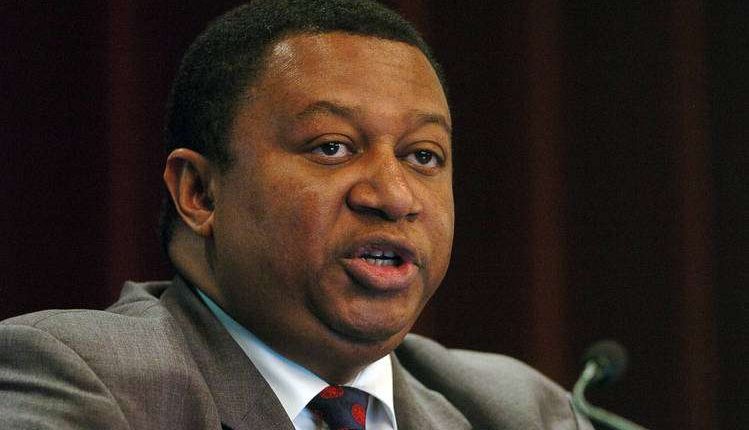 The incoming Secretary General of the Organisation of Petroleum Exporting Countries (OPEC), Mohammed Barkindo, has advised the Federal Government to adopt the strategy of ‘carrots and sticks’ in handling Niger Delta militants.

Barkindo, who attributed his emergence as OPEC scribe to the forthrightness and integrity of President Muhammadu Buhari, spoke with State House correspondents after a brief meeting with the President at the State House in Abuja on Tuesday.

‎He said Buhari had been able to positively reposition the nation’s image among the comity of nations.

He said he came to know of the workability of the ‘carrots and stick’ option based on his experience.

Barkindo said “For me, based on my own experience here, the option of carrot and stick, ‎as they call it, I think is the way forward.

UBA Leads Consortium for a $1.5bn Refinancing For NNPC, NPDC

“Government, I understand, is negotiating, discussing and we are beginning to see positive results. So, I don’t think it will be proper to preempt these discussions that are being handled by Dr. Kachukwu.

“But I remain confident that through these negotiations, stable and permanent solutions will be found to this problem ‎because the Niger Delta region is a very important part of our country and whatever we can do to address the challenges of development I think is the way forward.

“I have been told that production is beginning to rise again. So, for us in OPEC, this is the first thing we look at. How much is a member country producing? When we saw that production was falling in Nigeria as a result of recent challenges, the international community, the market also took note of that. But now I think things are beginning to come back to nomalcy and I have seen some of your reports that are also very positive.”

On how he eventually emerged as the new OPEC scribe, Barkindo said “This is not the first time that our country has attempted to secure this position. This time around, seven countries including ‎our good selves, stepped forward in the ring and out of the seven, four of them are actually founding members of OPEC.

“We have certain classification of membership. We have founding members and they are five of them that met in Baghdad, Iraq on 1st of September 1960 to give birth to this organisation. So they occupy a special status in the organisation. Four of them contested with us bringing the total number to seven. Glory be God because the tremendous amount of respect ‎and goodwill that our president has internationally, has made it possible for us to scale through because all the six stepped down for us at the end of the day.

[Also Read] Oil, gas to provide more than half of the world’s energy needs till 2040 – Barkindo

“It is not just Nigeria they took into cognizance, the integrity and status of Mr. President that anybody that he will put his stamp of authority and endorse‎ should be considered and should be given a chance.”

The OPEC scribe also commended the Minister of State for Petroleum, Dr. Ibe Kachikwu, for deploying his persuasive skills while campaigning for his election.

Of Kachikwu, Barkindo said “I am extremely impressed with the way and manner he carried out this special assignment given to him by Mr. President.