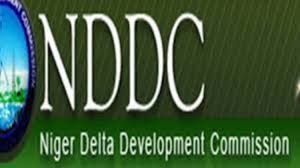 …Senate says it won’t back down on probe

Ex-militants from the Niger Delta have appealed to President Muhammadu Buhari to ensure that no federal lawmaker indicted for corrupt practices in the NDDC is spared.

Speaking under the auspices of the 21st Century Youths of the Niger Delta and Agitators with Conscience (21st CYNDAC), the group said in Port Harcourt that the current allegation against lawmakers is not the first time.

The ex-militants said the only way to sanitize the commission was for the President to ignore the ongoing shenanigans of some members of the National Assembly and ensure completion of the forensic audit of the NDDC.

The Niger Delta Development Commission is a federal government agency established by former President Olusegun Obasanjo administration in the year 2000, with the sole mandate of developing the oil-rich Niger Delta region of Nigeria. Last week, the NDDC Executive Director of Projects, under the interim management committee, Dr Cairo Ojougboh, accused the lawmakers of promoting the fraud going on at the NDDC.

While denying the allegation, the Senate spokesman dared the Commission to provide evidence of alleged corruption claims against lawmakers of the Senate and House of Representatives to anti-graft agencies for investigation.
“Ordinarily, while we are still at a loss as to why Ojougboh has repeatedly made such allegations at a time when the NDDC is under scrutiny of forensic audit and investigation by the National Assembly, the Senate is even more surprised considering the fact that the allegations are baseless and unsubstantiated.

“Apparently, Cairo Ojougboh is ignorant of the constitutional mandate of the National Assembly to carry out oversight function over all agencies expending government resources with a view to exposing and preventing corruption, abuse and inefficiency,” the senator said.

He described the allegations against the lawmakers as “very disturbing,” highlighting that the Senate will not tow this path. “The proper avenue to challenge exercise of power of the National Assembly is the court of law, not spewing falsehood on pages of newspapers and electronic media,” he said.

“For the first time, people of integrity have stood up to say no to the serial rape and plunder of the commission that has been unabated over the years, it is totally unacceptable that people voted to represent us are those using their exalted positions to loot the Niger Delta to stupor, after collecting humongous salaries and allowances, they also pad and collected about 90% of jobs and contracts in the Commission with payments, without executing same.

“These same people, seeing that the game is up, are employing every underhand tactic to truncate the forensic audit using blackmail of the minister of Niger Delta and the IMC of the NDDC as a case point.

“We have always been clamouring for the supervision of the NDDC by the Ministry of the Niger Delta so as to check the activities of some National Assembly members and other tin gods in the Niger Delta who see the commission as a theatre to display their influence,” Ebi said.

The group leader said it was sad that the NDDC created to ameliorate the socio-economic plight of the Niger Delta became a cesspool of corruption singularly perpetrated by National Assembly Members.

Also, the group pleaded with Mr President to set up a proper legal and governance framework to shield the management of the commission from these Assembly members. Chibisi Ohakah