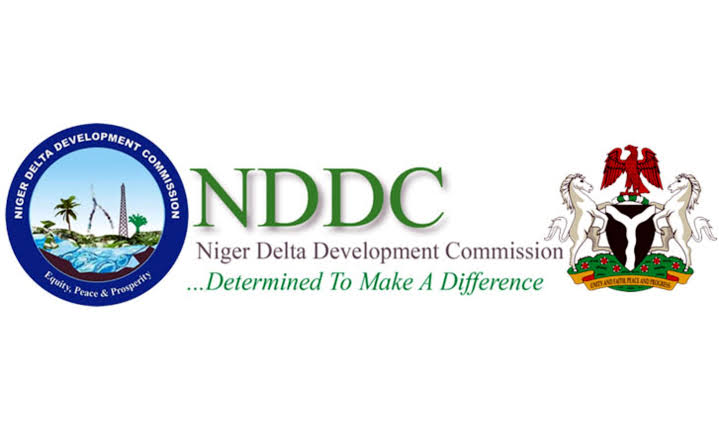 Oil-producing communities in Ondo State have signalled that it would be heading to court if the Federal Government (FG) fails to reverse its intention to appoint an indigene of Delta State or any other state, except Ondo State, as Managing Director of the Niger Delta Development Commission (NDDC).

The group who held a press conference in the state capital, Akure, said they would put President Muhammadu Buhari, as well as the FG on the dock for contravening the rotational arrangement provided by the NDDC Establishment Act of July 2000.

The communities, under the auspices of Egbe Omo Ilaje, which are located in the oil-rich Ilaje local government area, said that by the rotational arrangement, it was the turn of Ondo state to produce the next helmsman of the NDDC. The Secretary-General of the apex socio-cultural organization, Mr Edamisban Ogunfeyijimi said the of all the Egbe Omo Ilaje is the umbrella body of all the sociopolitical groups in the local government.

According to Ogunfeyijimi, the group is heading to court because President Buhari has signalled the intention to choose a new managing director outside Ondo state, and the action being against the provisions of the NDDC Act Cap 86.

He explained that of the nine Niger Delta states, Ondo state is the only one that was yet to produce the managing director or executive director of the infrastructure intervention body, despite the state’s huge contributions to the crude oil revenue of the country.

The group argued that it is not the intention of the Act that established the NDDC, which make the offices of the managing director and executive directors of the commission rotational among member states in order of production, that one state would hold any of the offices twice while others are yet to occupy the position.

They further argued that it is also not the intention of the law to allow a situation where only a few states in the Niger Delta group would rotate the key offices amongst themselves to the exclusion of other member states.

“Thus, the current news making the round that the president has approved new appointments in the commission, such that the managing director would come from Delta State and the two executive directors come from Akwa Ibom and Bayelsa states would not only be a perpetuation of illegality, but also a continuous slap on the face of other member states.

“We, the people of the oil-producing area of Ondo State wish to make it unequivocally clear that we shall not accept anything short of the position of the managing director of the Commission, for which we are long due. In the same vein, the position of the chairman of the board of NDDC, having been held respectively by Abia, Akwa-Ibom, Bayelsa and Cross River states, the office ought to go to Delta state in the alphabetical order of the member states which the Act recognizes,” they said in the statement made available to OER in Abuja

They said that their belief is that “the proposed illegal appointments brazenly announced when the President was out of the country did not receive the blessing of Mr President. In the same manner, the Senate, which reserves the power of approval of the executive in this regards cannot be rightly called upon to act in violation of the laws made by it,” the group said

Observers said yesterday that the federal government should not treat the protest from the Ondo state oil community group, given the familiar incivility of the Niger Delta militants. “Before you know what is going on, those boys would abandon the court action and head towards the creeks to cause mayhem. The federal government should look into their grievances and determine the right thing and do it. We cannot continue to break our laws in the name of political gratification,” Biodun Omoluwa, a lawyer and indigene of Ondo state told OER in Abuja yesterday.