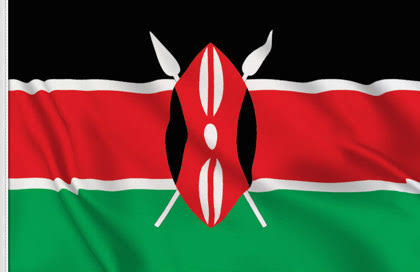 Kenya, the eastern African country has joined the league of global oil-exporting countries. In a dispatch from the statehouse, in Nairobi, President Uhuru Kenyatta said the country’s first deal was concluded on Thursday.


“We are now an oil exporter. Our first deal was concluded this afternoon with 200,000 barrels sold at a price of 12 million US dollars. I think we have started the journey and it is up to us to ensure that those resources are put to the best use to make our country both prosperous and to ensure we eliminate poverty,” President Kenyatta said in a dispatch from State House.

The statement was issued following a cabinet meeting where Mr Kenyatta assured that the government will step up interventions aimed at containing the growing cases of cancer-related deaths in the country.

“We need to see what more we can do to assist both in prevention but also in treatment of the disease. And we need to do that as a Government together with the county governments,” President Kenyatta said.

“This is an issue that we need to take more seriously and galvanise all of us to come up with a solution both in preventive, which is most important, but also in helping fellow Kenyans to get treatment, and get it early for those already affected by the disease,” the Head of State added.

The President had led the cabinet in a moment of silence in honour of the late Bomet Governor Dr Joyce Laboso and the late Kibra MP Ken Okoth, both of whom had succumbed to cancer recently.

Outlook For 2019: Africa In For Mega Finds, Deep Offshore Exploration