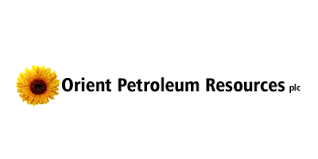 Again, the Federal Government has been urged to declare Anambra State as an oil-producing state.

Anambra State chapter of the Host Communities of Nigeria Producing Oil & Gas (HOSTCOM) which made the call said it said would enable the state attract more development and revenue.

The Chairman, Chief Victor Emeka, made the call in Awka at the inauguration of the state executive by the National Chairman of HOSTCOM, Chief Benjamin Style Tamaranebi, pledging to partner the state and Federal Government to ensure that industrial harmony prevailed in the host communities.

Is Anambra An Oil Producing State?

Chief Victor Emeka argued that with the production of 10,000 barrels of crude oil per day in the state, qualified Anambra to be classified as an oil-producing state and benefit from the 13 per cent derivation.

Speaking also, Tamaranebi, expressed concern over the delay in confirming Anambra an oil producing state despite the production of 10,000 barrels of oil per day since 2012.

He said former President Goodluck Jonathan during his visit to the state in 2012 declared that Anambra had a proven production of 10,000 b/d from AN 1,4 & 5 in OPL 915 operated by Sterling Global and OPL 916 operated by Orient Petroleum at ALO 1 location.

However, DPR had last year explained why Anambra along Enugu and Benue states cannot be categorised as oil-producing states yet. According to the regulatory agency, the states were yet to meet the necessary requirements.

Upon enquiry by the Senate Committee on Petroleum (Upstream), DPR told the lawmakers that Orient Petroleum was yet to meet certain requirements.

Orient Energy Petroleum was given Oil Prospecting Licences (OPLs) 915 and 916 to explore crude oil  has been unable to convert to OML.

This has consequently delayed the recognition of Anambra state, Enugu state, and Kogi state as oil-producing states for no‎w, Alasoadura read during a meeting with officials of the National Boundary Commission (NBC).

About Orient Petroleum: Orient Petroleum Resources Plc (OPR) is one of the 18 successful private companies, out of 65 applicants, that were granted the License to Establish refineries in Nigeria in May 2002.

In February 2004, OPR became the first Nigerian oil company to obtain an Authority to Construct license from the Federal Government of Nigeria to construct a private petroleum refinery in Nigeria.