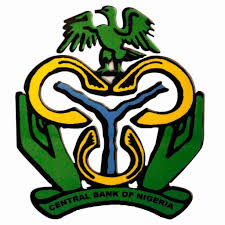 The country’s earnings from the oil and gas sector dropped by 2.6 percent in the first quarter of 2020 the Central Bank of Nigeria has disclosed.

The Apex bank in a statement said Nigeria’s earning went down from N1.6 trillion realised in the fourth quarter of 2019 to N1.5 as recorded in the first quarter of 2020.

The CBN in its latest report titled “Economic Report for the First Quarter of 2020”, the apex bank disclosed that gross oil earnings accounted for 60.3 percent of N2.5 trillion total revenue collection by the Federal Government in the period under review.

At N1.6 trillion, oil revenue accounted for 58.9 percent of the total federally-collected revenue of N2.7 trillion recorded in the fourth quarter of 2019.

Other oil revenue also recorded a decline, dropping by 6.8 percent to N512.2 billion in the first quarter, compared to N549.6 billion recorded in the fourth quarter of 2019.

The CBN noted that, “At N2.527 trillion, federally-collected revenue, in the first quarter of 2020, was lower than the quarterly budget estimate of N3.948 trillion by 36.0 percent. Similarly, it fell below the receipt in the preceding quarter by 4.8 percent.

“The decline in federally-collected revenue (gross), relative to the quarterly budget estimate, was attributed to shortfalls in the receipt from both oil and non-oil revenue components during the review period.

Natural Gas, LNG And The Energy Transition: The Bright, New…

“Gross oil receipt, at N1.523 trillion or 60.3 percent of the total revenue, was below the quarterly budget estimate and the receipt in the preceding quarter by 31.2 percent and 2.6 percent, respectively.

“The decline in oil revenue, relative to the quarterly budget estimate, was due to shortfall in the receipt from PPT and royalties.

“Non-oil revenue (gross), at N1.004 trillion or 39.7 percent of total revenue, fell below the quarterly budget estimate of N1.733 trillion by 42.1 percent. It also fell below the level in the preceding quarter by 8.0 percent.

“The lower non-oil revenue, relative to the quarterly budget estimate, was due to the decline in the receipt from Value Added Tax (VAT) and corporate tax.”

It disclosed that Nigeria exported an estimated 1.39 million barrels per day of crude oil, representing a decrease of 0.7 percent, compared with the 1.40 million per day recorded in the preceding quarter.

According to the CBN, the estimated decrease in production was attributed to the aftermath of the December 2019 meeting by the Organisation of the Petroleum Exporting Countries (OPEC) where members and their allies pledged a further production cut by 500,000 barrels per day beginning from January 2020 to stabilize the global crude market.

The apex bank explained that the average spot price of Nigeria’s reference crude oil, the Bonny Light stood at $52.51 per barrel in the first quarter of 2020, representing a decrease of 20.1 percent and 18.9 percent below the $65.71 per barrel and $64.75 per barrel recorded in the fourth quarter of 2019 and the corresponding period of 2019, respectively.