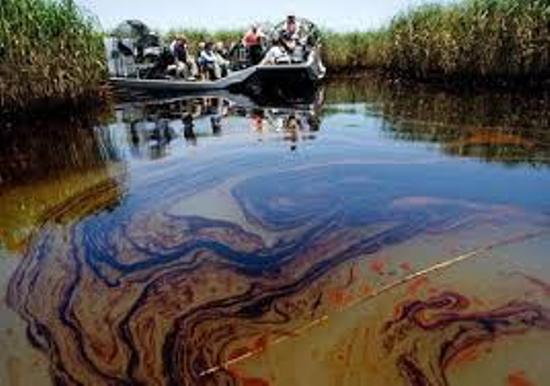 Beyalsa community again, has been hit by another oil spill at the swamp area of South Ijaw Local Government Area of the state.

The spill, it was gathered, occurred on Saturday at Well 7, a facility owned by the Nigeria Agip Oil Company (NAOC) at Ogboinbiri community.

While the cause of the spill could not be immediately ascertained, a grassroots organisation with trusted community contacts; Environmental Rights Action/Friends of the Earth Nigeria ERA/FoEN said it was duly informed about the incident Sunday afternoon.

[Also Read] Ijaw Youths: We Support the Call for the Amendment of NLNG Act

The Head of ERA/FoEN, Alagoa Morris said: “Though people of Ogboinbiri community in Apoi Clan of Southern Ijaw local government area, Bayelsa State are still disturbed about heavy volume of crude oil from Agip facility which flooded their swamps and river around May/June, 2020; a fresh spill has just occurred yesterday, Saturday, 12th December, 2020.

“As a grassroots organisation with trusted community contacts; ERA/FoEN was duly informed about the incident this afternoon (13th December, 2020).”

According to ERA/FoEN, one source said, “Just yesterday (Saturday) another spillage occurred at Ogboinbiri community. It happened on a wellhead. The gushing has stopped but I just can’t tell when it started.

Morris added that when ERA/FoEN asked the contract to know when it really occurred, he said, “It is possible the spill was ongoing for a while before I arrived the scene, but when l got there it was between 4-5 pm.

“The problem now is that the camera might not capture the flow on the river very well; yet even as l am communicating with you now, it is still flowing clearly (on the river)”

This is understandable, as the effect of the sun would melt the crude oil on the surface of the water. Another source, according to ERA/FoEN said, “l heard it happened but clean up was done immediately with detergent.

“They said the army with gunboat was used to seal up the area and asked people to stay clear. Yes confirmed, it occurred on Well 7 at the cluster entrance.”

Morris, however, said “while the prompt reaction of the facility owner, Nigeria Agip Oil Company (NAOC) is a good one, every such incident is supposed to be officially made known to the regulators by the oil industry operators.

“It is also known that sometimes operators fail to inform the National Oil Spill Detection and Response Agency (NOSDRA) and State ministries of Environment. This might not be an exception, judging from the observed and alleged swift response with detergent.

“From video clip and photos at ERA/FoEN disposal, made available by community contacts; the river still had traces of crude oil this afternoon and, the spewing crude oil from the wellhead was with high pressure; as at when it was captured yesterday. .

“Also, Agip should do a proper cleanup, give relief materials and where necessary, compensate victims of the company’s operations.”