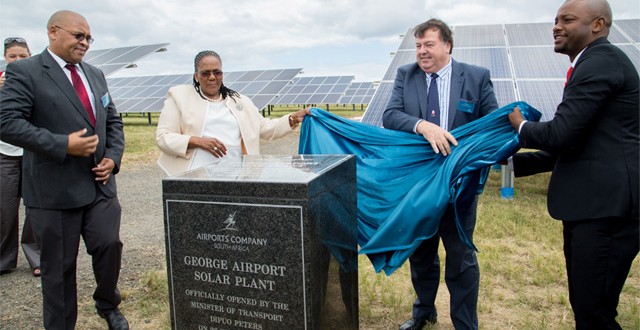 A statement said the department would officially launch its Solar Power Plant at George Airport in the Western Cape, spearheaded by the Agency of the Department of Transport, Airports Company South Africa (ACSA)

“A 200 square-meter clean energy source has been designed to supply the airport with 750kw of its total electricity needs.”

The George Herald reported that the purpose of the solar development is to supply George Airport with its own electricity source for daily operation, and not to sell off surplus energy through Eskom.

“In making use of solar energy, the ACSA George Airport will not only operate on a clean and renewable energy source, but will also be self-reliant as far as energy provision is concerned, lessening the burden on the local energy grid,” the airport said.