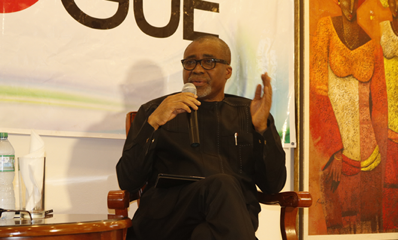 The perennial acute shortage of power supply in the country has attracted the attention of the Senate, which only recently pledged to rid the power sector of all mitigating factors hindering the smooth conduct of its statutory mandate. The Senate disclosed this through its former spokesperson, Enyinnaya Abaribe.

The Senate Committee on Power has stated its readiness to collaborate with the Ministry of Power, Works and Housing, to settle all of its liquidity issues across the power sector value chain by December 2018.

Senate Committee Chairman on Power, Enyinnaya Abaribe stated this at the Monthly Nextier Power Dialogue in Abuja which held in March, noting that the Upper Legislative House would spare no effort to restore investors’ confidence in the sector.

“We want to restore back investors’ confidence because that is what has been lacking in the sector. We know that Discos are supposed to raise money from the international market and bring it here, but unfortunately that was not what happened, for Nigeria’s money was used to buy assets and now they have to pay back to banks,” Abaribe began.

Speaking on the theme, “Power: What do Nigerians want”, Abaribe said the Senate is aware that Nigerians are calling for appropriate billing, fair pricing, neighbourhood safety with regards to power and decent customer service delivery.

“We are aware that Nigerians want billing for what they consume, for many keep complaining about being over-billed by the Discos. We also know that many Nigerians want a realistic tariff cost, and also secured transformers, cables and poles, and to this regard, we are really trying to work this out as soon as possible,” he added.

In what appeared a dissatisfaction with the inverse relationship between money being spent to revive the power sector and the outcome of such spending, Senator Abaribe noted that the Senate will see to it that Nigerians get value for their money, arguing that services must be rendered satisfactorily by the sector, considering the huge budgetary allocation to it in the nation’s annual Appropriation Act.

“Every year, a lot of money is been pushed into the sector, especially in transmission and our aim is to ensure that this funds are validated the way they are spent. We will also work towards defending the interest of the consumers to metering, and service delivery” he stated.

Abaribe who displayed a good understanding of prevailing issues and challenges inimical to the growth of the power sector also disclosed that the Senate will endeavour to analyze the value chain interrelationship to determine possible areas of improvement, stressing that once this is done, the lawmakers would prevail on the executive arm of government to devote its effort to infrastructural development in the sector.

On the incessant acts of impunity by some operators, the lawmaker said the only option open to them is to comply with the Power Reform Act 2005, noting that senators are holding talks on the appropriate model of sanctions to be meted out to those bent on breaching the terms of agreement reached with government on behalf of the Nigerian people.

His words: “With our interactions so far, Nigeria electricity market is bedevilled with challenges. The Discos claim that the government is owing, NERC is owing, market operators also claim that Discos are owing and of course the Gencos claim that NBET is owing, which takes the sector all the way back to the gas suppliers. But with all these challenges, the Senate is giving an assurance that all of this will end by 2018,” he pledged.

Give and take, the Senator argued that the power sector is yet to elicit the confidence of Nigerians despite its privatization a few years ago. He urged the newly inaugurated board of the Nigeria Electricity Regulatory Commission (NERC) to collaborate with the lawmakers in whatever activities they might want to embark on, stressing that the Senate is open to receive them at anytime.

The Power Reform Act 2005 revolutionized the sector in a way, bringing into existence the current privatization of the generation and distribution chains in the Nigerian Power Sector.

The Act also provides guidelines for the licensing and regulation of all parts of the value chain (the generation, transmission, distribution and supply of electricity), laying out rules to ensure performance standards and uphold consumer rights and obligations. Significantly, the Act establishes the NERC with a mandate to monitor the sector and enforce regulations in line with the laws of the land.

Power Sector Reforms as currently being championed by the Muhammadu Buhari administration would go a long way in addressing some of the challenges that rendered stable power supply a tall dream in the past few decades.

Only recently, Minister of Power, Works and Housing, Babatunde Fashola announced Federal Government’s approval of N701 billion “Power Assurance Guarantee” for the Nigerian Bulk Electricity Trading, Plc (NBET), to make payments to the GenCos and gas suppliers, for energy already supplied as well as for future supplies of gas and energy.

As it were, this intervention is expected to address the energy supply liabilities in the upstream part of the electricity value chain, currently estimated in the region of N300 billion, necessary for the GenCos to meet their operating cost, rehabilitate and replace faulty or old turbines and pay for the supply of gas (for the thermal generating plants). However, this is only a partial solution to the liquidity challenges in the sector.

Although, an increase in electricity supply is the dream of every Nigerian, such an increase without the requisite full recovery of cost through appropriate pricing of power, translates to a worsening market revenue gap that would be difficult to bridge.

The above apparently informed the response by the Association of Nigerian Electricity Distributors (ANED) recently with a remark that should get both Fashola and Abaribe rethinking their optimism.

“Considering that the approved intervention is not expected to be a subsidy to the market,” argued ANED, “the assumption is that the proposed funding would eventually be recovered from the customers of the Electricity Distribution Companies. For such recovery to occur, the Transmission Company of Nigeria, TCN needs to have the required capacity to wheel the additional power being generated. Funding the transmission network is therefore imperative for the proposed government intervention to work. Increased generation without commensurate wheeling capacity arising from a stable and robust transmission grid will result in stranded capacity and significant lost revenue.”

Findings by Orient Energy Review reveal that the historical shortfall appeared not to have been addressed by this governmental intervention. DisCos need to be able to make the necessary investments in network upgrades, improved customer service, billing and collections, metering amongst others, all of which have been major issues in the industry in the past few decades. Such investments will not happen unless the DisCos make the projected annual revenue requirements, which enables access to finance for the required capital expenditure (Capex).

However, it should be noted too that the growing working capital debt on the DisCos’s books, less any amounts to be paid under this intervention, will also continue to impede distribution companies’ ability to fund retail distribution Capex requirements.

Solewant Nigeria Limited: the number one choice coating company for the oil and gas industry