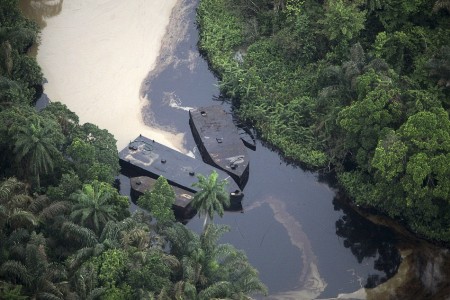 Before President Muhammadu Buhari, took over in 2015, his predecessor, Goodluck Jonathan, had a very difficult task of putting out the practice of oil theft in the Niger Delta region. Despite the deployment of a joint military taskforce (JTF) to secure and put out the illegal practice, Jonathan could not stop the menace.

This led to promises made by Buhari, when he assumed office in 2015, to put an end to it. However, in 2018, the ugly practice has reared up its ugly head again, following claims some weeks back by communities, who live along the Nembe Creek Trunk Line (NCTL) that oil thieves were now stealing through the river channels of the region to ship away large caches of oil.

To again arrest the situation, Minister of State for Petroleum, Ibe Kachikwu stated during his recent visit to the creeks that he will submit a report on his findings on renewed large-scale oil theft and haulage going on in the region despite the presence of the military taskforce to Buhari.

The minister who decried the practice despite the region’s waterways being heavily militarised, stated it was very troubling. On the potential impact of the development on Nigeria’s economy, Kachikwu, indicated the economy could be the greatest loser.