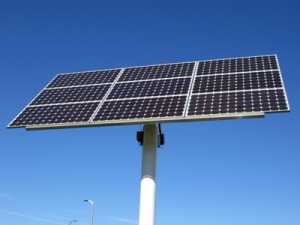 The plan of the Federal Government to stimulate economic activities in the rural communities through increased adoption of solar may only make limited impact as the facility does not have the capacity to power heavy equipment, investigation has shown.

Consequently, investigation showed that it has been difficult for individuals, households and rural-based investors to utilise solar in enhancing their businesses, including farming and food processing. The Vice-President, Professor Yemi Osinbajo had 18 months ago, flagged-off the distribution of 200 units of solar-powered lighting system in Wuna village in Gwagwalada Area Council of Abuja, thus raising hope for residents, predominantly farmers who need power to process and store their agricultural produce.

The scheme tagged, PayGo Solar Home Systems in Nigeria, came into being in partnership with the Niger-Delta Power Holding Company, NDPHC, and Azuri Technologies Limited to deliver affordable, clean energy to 20,000 rural households living without electricity. But investigation showed that residents have not been able to do much beyond lighting, charging of telephones and powering of fans.

While noting that the scheme has made positive impact on the entire community, members of the community said they still wanted to be connected to the electricity grid. They said that Abuja Electricity Distribution Company’s, AEDC,  services were still essential because the solar power systems cannot solve all their needs. They also urged Azuri to come up with improved solar powered electric systems that can power both televisions and fans.