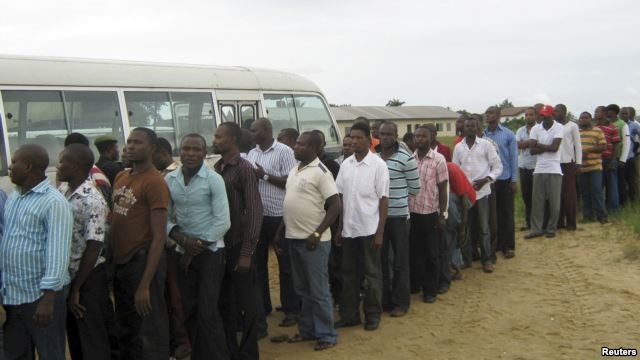 Nigeria’s amnesty program for former Niger Delta militants will continue for at least another year contrary to expectations that it was due to be shut down. Since 2009, the program has provided job training and education to former rebels who wrought havoc on the oil-rich southern region before that by kidnapping foreign workers and attacking oil facilities, crippling the country’s key industry.

Many, particularly in the oil sector, feared an end to the amnesty program could trigger fresh unrest there. President Muhammadu Buhari indicated in his inaugural speech last May that he would let it expire and replace it with other investments.

Buhari, a northern Muslim, defeated the incumbent Goodluck Jonathan, a southern Christian, on an anti-corruption platform in the March 2015 presidential election.

His intention to end the program has caused tensions between his administration and Delta leaders. Despite being home to Nigeria’s vast oil and gas resources, the Niger Delta states remain underdeveloped and frequent oil spills have devastated the ecosystem and local fishing communities.

Instead of closing it down, the government will streamline the amnesty program launched to give 30,000 former militants a chance to find productive work.

“We’re in the last phase of the amnesty to reintegrate those who have gone through various programs and trainings, a gradual wind down,” program spokesman Owei Lakemfa said.

The program is helping about 17,000 who have finished training to set up a business or find jobs. By the end of this year, about 10,000 more are expected to finish training and the rest will stay on until they complete their courses.

The spokesman did not give an end date for the program.

FG Selects 205 Bidders For Next Phase Of Gas Flare Out…

For those who want to start a business, the program will budget 2.3 million naira ($11,500) per beneficiary, providing training in running a business, renting premises and getting government permits.

“For fish farming, for instance, there will be provision of a pond,” said Dortimi Kester Tawari, who is running this part of the program. “For welding, equipment will include materials to be used for the first 3-6 months.”

The program is also changing how beneficiaries will receive their monthly 65,000 naira ($325) stipends, which were previously distributed through former militant leaders.

That system was prone to abuse, so payments will now be sent directly to individual participants in the program.