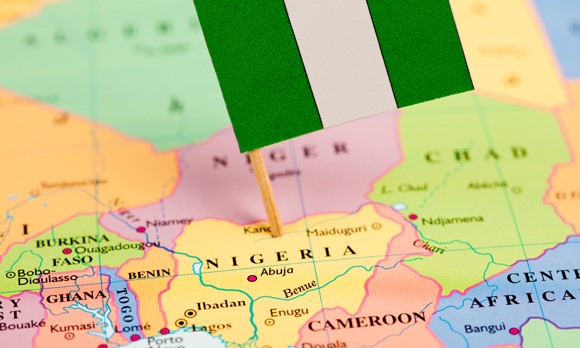 After a busy year packed with a host of exploration and production developments, West Africa’s oil and gas industry doesn’t look like it’s letting up in 2016. Several countries in the region are scheduled to undergo a variety of E&P projects this year, with a mix of major and independent energy firms taking part in upstream operations in the area.

Another energy firm planning activity in Nigeria is Lekoil Ltd., which revealed in an operations update December 3, 2015 that it plans to spud an appraisal well within OPL 310, with its partner Optimum, before the end of 2016. The well will be drilled following the completion of interpretation work on 3D seismic data acquired from the region in 2014. In addition to drilling at OPL 310, the company expects to run a well test and completion at its Otakikpo-002 well, located in the southeastern part of the Niger Delta, by the end of the first quarter of this year, which will allow continuous production to commence from the well. The Otakikpo-003 well is also scheduled to be drilled, tested and completed around mid-year 2016.

Erin Energy, which commenced production from the Oyo-8 and Oyo-7 wells last summer, announced in June 2015 that it would participate in upstream activity in Nigeria this year by drilling the Oyo-9 development well in the first half of 2016. MX Oil, which anticipates the Aje field to enter the production stage by January this year, is also scheduled to be active in the country in the fourth quarter of 2016 with its plans for exploration drilling in the OML 113 license.

In Senegal, final processed products from a 3D seismic survey covering 1,005 square miles across the Sangomar Deep, Sangomar Offshore and Rufisque Offshore permits will be available in mid-2016, according to FAR Limited, which commenced the survey in September with its joint venture partners Cairn Energy plc, ConocoPhillips and Petrosen in a bid to delineate the SNE discovery made last year. As part of an evaluation strategy to assess the SNE field, the joint venture plans to commence drilling operations at the SNE-3 and BEL-1 wells by 1Q and 2Q 2016, respectively. SNE-3 will test the southern extent of the field and BEL-1 well will initially test the Bellatrix prospect before evaluating the northern part of SNE. The JV also has a program and budget outline for three further optional wells in Senegal for 2016/2017.

T5 Oil & Gas could potentially drill a well in Senegal this year, considering the first exploration period on its 90 percent owned onshore Louga Block lapses in July 2016. This demands the acquisition of 683 miles of 2D seismic and the drilling of one exploration well to 9,842 feet. Kosmos Energy plans to drill several wells in Senegal/Mauritania and the Greater Tortue area all throughout 2016.

Venturing slightly further south, Oryx Petroleum is planning exploration activity in the AGC Shallow and AGC Central blocks this year, which are joint petroleum exploitation zones established by Senegal and Guinea-Bissau. Oryx, which is the operator of the blocks, has identified three structures in AGC Shallow, of which two are drill-ready prospects, and plans to drill an exploration well in 2016, according to Edison Investment Research Limited. Edison also outlined that Oryx has found shelf-edge plays similar to SNE on seismic data in the deepwater AGC Central block, and stated that Oryx expects to acquire new seismic data in the region in 2016.

The Tullow-operated Tweneboa Enyenra Ntomme (TEN) field, located offshore Ghana, is on schedule and budget to deliver first oil in mid-2016, which represents a significant milestone for the company. The TEN project, which has a total estimated gross cost of almost $5 billion and contains gross reserves of 300 million barrels of oil equivalent, is currently over 80 percent complete and is expected to reach a daily output of around 80,000 barrels of oil by early 2017. When on-stream, TEN will deliver “significant additional cash flow” to Tullow, according to the company’s chief financial officer Ian Springett, which is great news for a company that posted a 35 percent revenue drop and a gross profit decrease of 50 percent year-on-year in the first half of 2015.

Elsewhere in West Africa, Exxon Mobil Corp. revealed that it intends to start drilling late 2016/early 2017 in Liberia, after the country was declared Ebola-free in September. ExxonMobil had signed for Liberia’s Block 13 in 2013 but the project was put on hold due to the Ebola epidemic. Erin Energy also announced in September that processing and interpretation results of the data acquired in a new 3D seismic survey off the coast of The Gambia will be available during 2Q 2016. The survey covered approximately 622 square miles across Erin Energy’s 100 percent owned A2 and A5 blocks, which are on-trend with last year’s FAN-1 and SNE-1 hydrocarbon discoveries offshore Senegal, according to an Erin Energy statement.

A vast array of exploration and production developments are planned in West Africa in 2016, with Nigeria and Senegal in particular the focus of much activity. The progress of Ghana’s TEN development provides a much needed boost for Tullow, and ExxonMobil’s venture into Liberia is a sign of the country’s economic recovery following a tough period. If Erin’s A2 and A5 blocks are similar to the Senegalese discoveries made last year, 2016 could also prove to be very important for The Gambia when the company’s 3D seismic survey is completed. With so many countries in the region scheduling upstream operations over the next year, it looks as if 2016 is shaping up to be an exciting twelve months for the West African oil and gas industry.