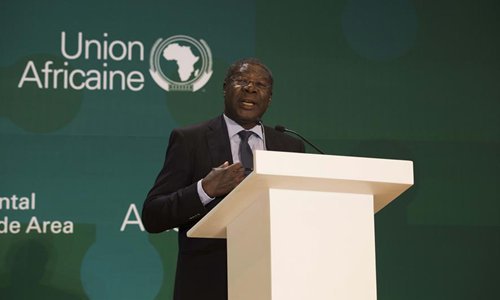 The Manufacturers Association of Nigeria (MAN) has called on Nigerian government to  circumspectly handle the signing of a free trade agreement with other African countries.

Calling on the Federal Government to carefully consider the trade agreement, the President of MAN, Frank Jacob, urged the FG to renegotiate trade conditions that will impede economic growth in its review of the Africa Continental Free Trade Area (AfCFTA) agreement.

He said that MAN is worried that the Rules of Origin (ROO) in the AfCFTA cannot adequately guard against the influx of European Union (EU) goods into the Nigerian market.
According to him, “We are afraid that the rules of origin cannot be adequately enforced because goods from the EU can find their way into one of the African countries that have bilateral agreement with the EU.

“When the goods get into the African country, they can repackage them, change the label from made in Europe to that of the African country. That same goods will surely find its way to Nigeria which is the main target market for the EU.”

The MAN President noted said that the market access of the agreement was a concern to manufacturers as it leaves low protection to locally produced goods.

“The agreement says that 90% of the tariff plan would be liberalised, leaving only 10 percent to protect manufacturers, and that 10 percent is too low,” he said.

“That means the rest of the 90% is open, duty free, people can import. What we are saying is that the 10% is too small, even at the current Common External Tariff (CET) regime, we enjoy more than 10 percent,” he said.

Oil Set to Drop by 20% as Fresh Lockdowns Weigh

According to a statement from the Presidency, the trip was canceled to allow for more consultations with stakeholders in Nigeria over the trade agreement.

The MAN is not alone in the call for caution over the trade agreement, Nigerian Labour Congress (NLC) and the Organised Private Sector (OPS) have also kicked against AfCFTA.

Policy Summersault: FG Asks NAFDAC to Return to the Ports