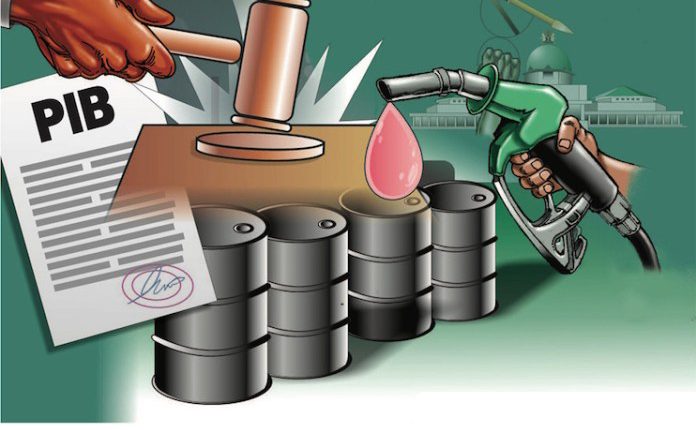 The oil marketing and trading companies, as well as the Organised Private Sector (OPS) has rejected the single regulator for both the upstream and downstream sectors of the Nigeria’s oil and gas industry as provided in the Petroleum Industry Governance Bill (PIGB) passed by the National Assembly.

This was disclosed at a joint press conference organised by the OPS and the marketers under the aegis of Major Oil Marketers Association of Nigeria (MOMAN) and the Depots and Petroleum Products Marketers Association of Nigeria (DAPPMAN) on Sunday in Lagos. The group had called on President Muhammadu Buhari to ensure that the PIGB provides for two regulators before signing the bill into law.

Executive Secretary of MOMAN, Mr. Femi Olawore, noted that the bill harmonized by the Senate and the House of Representatives provides for only one regulatory, did not consider the position of the marketers, who recommended for two regulators during the public hearing conducted by the National Assembly.

Speaking further, Olawore said that the board of the two regulators should be autonomous and should not be subject to President’s removal except with the support of two-third of the members of the National Assembly.

Stating that the private sector is excluded from the PIGB board, Olawore said the board members of the single regulator are mostly civil servants, representing different ministries and government agencies.

In his remarks, the Chairman of the Economic Policy Group of the Manufacturers Association of Nigeria (MAN), Mr. Reginald Odiah, who represented the Organised Private Sector, said the exclusion of the critical stakeholders in the board of the single regulator is detrimental to OPS.

Stating that the OPS is a critical stakeholder in the oil and gas industry hinted that their machines and equipment use petrol, diesel, gas and other petroleum products.

“As OPS, we are interested in having two regulators for the oil and gas industry. The board of PPPRA has critical stakeholders as members and this gives OPS voice and capacity to make contribution,” Odiah added.

Also speaking, the Executive Secretary of DAPPMAN, Mr. Olufemi Adewole disclosed that the marketers had recommended for two regulators at the public hearing conducted by the National Assembly, but the lawmakers ignored their recommendation.