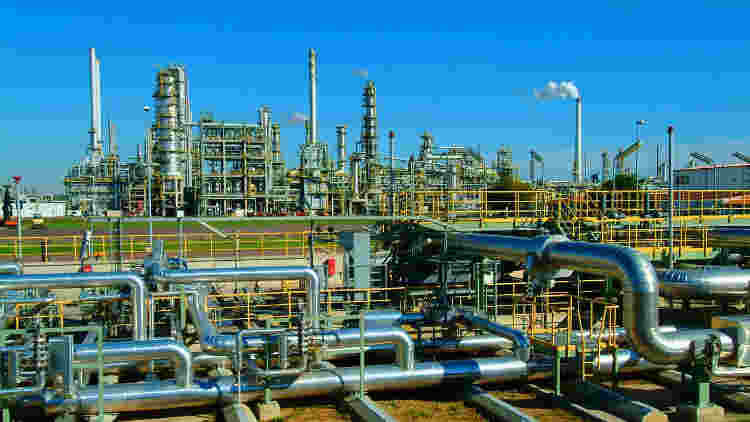 Ibe Kachikwu: Refineries To Be Fully Functional Before 2019 Ending

The Minister of State for Petroleum, Dr Ibe kachikwu, has said that it would be sad if the nation’s refineries are not functional by the end of 2019.

According to him, the present administration is committed to ensuring that the importation of petroleum products is curtailed.

Kachukwu stated this on Thursday in Ibigwe-Ohaji in Ohaji\Egbema council area of Imo during the ground-breaking for construction of the 5,000BPD Modular Refinery, by Walter Smith petro-chemical limited.

He said that the Buhari administration was committed to ensuring that the nation’s refineries became functional by the end of 2019.

“It would be sad if by the end of 2019 we are still importing fuel from abroad.

“So, we are committed in repairing the refineries; by that we can at least process about 500,000 barrels of crude per day.

The policy of this administration is `go back to refining about 20 per cent of our crude which will move to 50 per cent in the next five years’.

The Minister who commended management of Walter Smith for partnering the NCDMB to realize the project said that he was hopeful that in 18 months the modular refinery would be inaugurated.

Also, the Executive Secretary of the NCDMB, Mr. Simbi Wabote, said the Board invested US $10 million to catalyze the development of the Modular refinery and took 30 per cent equity in the project.

He added that the NCDMB would divest when the modular refinery was fully developed and operational.

Wabote pointed out that NCDMB was promoting the Walter Smith Modular refinery as part of its capacity development mandate.

He said that the investment was also in line with the Nigeria Content 10- year strategic plan.

The Chairman of Walter Smith, Mr. Abdulrazaq Isa, said that the Walter Smith 5,000 BPD Modular refinery was conceptualized in 2011 to mitigate the frequent outage of the third-party export trans-Niger pipeline.

He added that it was to optimize the full value of the country’s produced crude through in-country products for the domestic market.

“The refined products will be sold and evacuated from the refinery via dedicated trucks from bay five truck rack where products are loaded into the tankers.