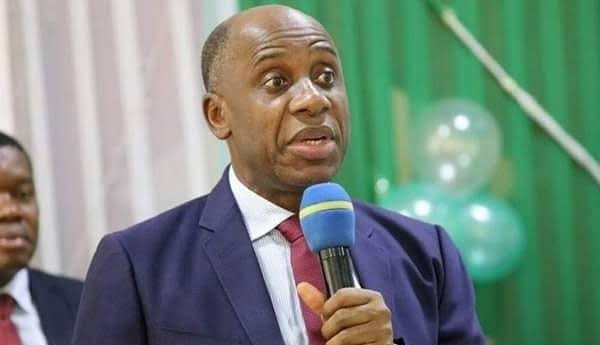 The Minister of Transportation, Mr Rotimi Amaechi, on Thursday said that a committee had been set up to come up with the guideline for disbursing the Cabotage Vessel Financing Funds (CVFF).

Amaechi made the disclosure at a meeting of relevant cabotage stakeholders on CVFF, in Lagos.

According to him, the fund was initially applied to building a university, building faculty of maritime in different universities, but now, it will be applied to shipowners directly.

He said that the committee would be chaired by the Director-General of the Nigerian Maritime Administration and Safety Agency (NIMASA), Dr Dakuku Peterside.

“What we have agreed today is to set up a committee that will come forward with the proposed guideline which will be presented to the National Assembly.

“It is the committee that will determine if it will be a single digit or not,” he said.

Amaechi said  that as part of efforts to mitigate the risks involved in the disbursement, financial institutions would be involved and the fiscal risk borne by them.

“The banks will be involved in developing the criteria for the disbursement of the fund, so the risk will be borne by the institutions,”  he said.

The minister also said that the committee would determine the percentage interest to be inserted in the procurement of CVFF.

The NIMASA Director-General and  Chairman  of the committee, Peterside, said that the meeting was to discuss the CVFF disbursement which the minister had  got approval for.

He said that after extensive discussions by stakeholders, it was decided that the committee should come up with a draft guideline.

“The minister will study this draft and pass on to the National Assembly for approval in line with the Cabotage Act.

“Thereafter, we will move to the next phase of actual disbursement, using the banks as a platform,” he said.

When asked  about the timeframe for actual disbursement, Peterside said that two factors would determine how soon.

“One factor will be how soon the National Assembly approves the draft guideline, and the other factor will be that the provisions of the guidelines will have to be followed religiously by the participating banks.

“Stakeholders have to meet these requirements before the disbursement of CVFF,” he said.

The Chairperson, Ship-owners Forum, Mrs   Margaret    Orakwusi, said  that she was looking forward to the disbursement of the fund and a better shipping industry where the fund would be utilised judiciously.

She canvassed for a long spread of the interest rate on CVFF,  noting that ships lasted for 30 years and more.

“It should be a single-digit interest and a low figure.

“I suggest that we should be patient to see what the committee comes up with as the guidelines,”  she urged.

A maritime lawyer, Mr Chidi Ilogu, urged the committee  to come up with good suggestions to move the maritime industry forward.

“There should be a clear and positive indication to implement the policy, as we cannot keep the money forever in the bank; it has to serve the purpose it is meant to serve.

“The process for disbursement will take some time to fine-tune,” he said.