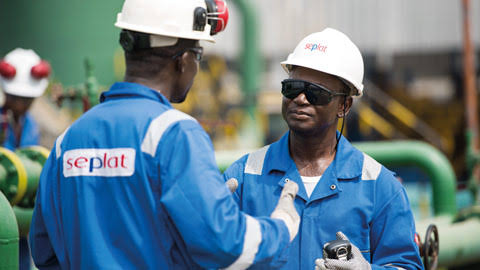 The Chief Executive Officer of Seplat Petroleum Development Company Plc, Mr. Austin Avuru has said that his company remains committed to acquiring more assets in the exploration and production space, and to organic growth.

Avuru, at the Nigerian Association of Petroleum Explorationists (NAPE) January Technical/Business Meeting on Mergers, Acquisitions and Divestments in E&P Business held in Lagos on Wednesday, explained that one of Seplat’s key mandates is to leverage opportunities in the oil and gas industry through the acquisition of more oil and gas assets.

Recall that Seplat Plc had on December 17, 2019 announced the completion of its Eland Oil and Gas Plc’s acquisition deal.

Speaking at NAPE’s January technical meeting, Avuru said, Seplat had positioned itself as an early mover through the acquisition of a 45 per cent operated interest in OMLs 4, 38 and 41 from Shell, Total and Agip in 2010; thus, becoming the first Nigerian independent to acquire a package of oil and gas blocks directly from the Major International Oil Companies (IOCs) as part of a disposal process.

Following this landmark deal in 2010, Seplat further grew its portfolio through the acquisition of a 40% interest in the OPL 283 marginal field area from Pillar Oil. In 2015 acquired further interests in OML 53 and OML 55 from Chevron Nigeria Limited.

Avuru explained: “The company has demonstrated its ability to work its assets and produce its reserves despite external negative factors such as downtime and losses.

“Seplat also began to invest in its gas business in 2010 in response to the Nigerian Government’s initiatives to improve the debilitating impact of poor power generation and supply in the country by opening the Domestic Supply Obligation pricing to market forces.

The Guest Speaker at the meeting, Mr Mascot Ogunjemiyo, who highlighted the various merger and acquisition cases in the Nigerian oil and gas industry so far, said mergers, acquisitions and divestments in the industry were capable of promoting efficiency and further drive growth.