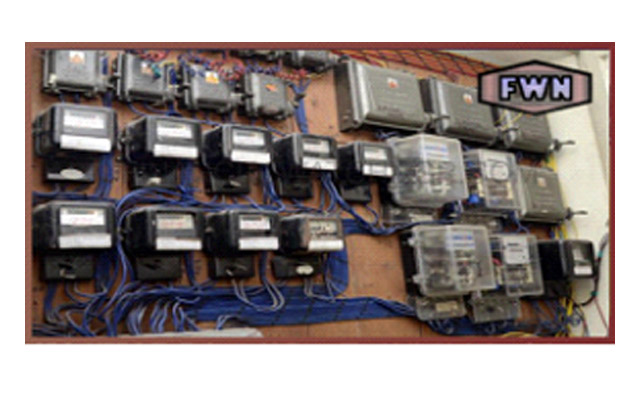 When in November 2013 the Federal Government privatized the Power Holding Company (PHCN), the buyers did not envisage many problems. The problems today include gas shortage, low power generation, irregular supply and metering.

The 11 distribution companies (DisCos) are struggling to meet the metering deadline of five years, as contained in their Purchasing Agreements (PAs) with the Bureau of Public Enterprises (BPE).

The DisCos, Nigerian Electricity Regulatory Commission (NERC), local manufacturers of meters and others have been trading words over the challenges brought by inadequate metering.

Only recently, NERC absolved itself of blame, saying it has done all it could to make the power firms supply their customers enough meters.

Acting Chief Executive Officer, Dr Anthony Akan, said NERC should not be blamed for the problem since it has directed the DisCos to provide their meters to their customers.

Akan in a statement advised DisCos to invest more in metering, by partnering institutions, which can either produce or provide meters.

He said, “NERC, in line with the provisions of the constitution, made the power firms understand the necessity of reducing the burdens of paying estimated bills on consumers, by providing meters as at when due. The Commission has directed DisCos to issue meters to customers, and also threaten to sanction firms, which fail to obey its directives on the issue.”

Nigerians Clamour For Increase Use Of LPG

According to Akan, many customers got their meters easily through this means, while others went through the hog of waiting for their service providers.

In a related development, NERC’s Head of Consumer Unit Mr. Blue Jack said the commission never shirked its responsibilities of ensuring that consumers get metered.

He attributed the success recorded in metering to NERC’s oversight functions, adding that the agency has been monitoring the firms approved to distribute electricity.

NERC, he said, visited the distribution firms in Port Harcourt, Benin, Ibadan, Eko and Ikeja, adding that the commission is satisfied with their performance, especially in meters supply

“To protect the interest of customers, NERC has started compiling the list of subscribers of the outlawed scheme known as Credit Advance Metering Implementation Initiative. We know that many subscribers were unable to get meters before the idea was scrapped by the Federal Government on November 1, 2015, for not being well implemented by the DisCos,” Jack said.

However, the Discos cited weak capital as the major reason for not metering their customers. They said illiquidity, caused by banks’ failure to provide them credits and customers to pay their bills, is affecting their operation.

The Association of Nigerian Electricity Distributors (ANED) Executive Director, Mr. Sunday Oduntan, said the liquidity gap of over N900 billion and the N100 billion debts of the Ministries Departments and Agencies (MDAs) were inhibiting the sector’s growth.

He said the government should also be blamed for the low output recorded in the sector. Oduntan said: “If the DisCos are unable to meter their customers and, in return, generate revenue through them, whose fault is that? The answer is simple: It is the fault of the consumers, who refused to pay their bills, and others. I’m telling you, once the firms are able to recover their debts, they would, without doubt, have enough money for their operation. When this happens, the issue of shortage of meters would no longer be there.”

He said the liquidity gap was widening, noting that it is affecting the firms’ capacity to meet their obligations to customers.

“If consumers are paying their bills and banks are providing loans to the DisCos, it would be easier to provide meters to consumers. By so doing, power firms would be able to recoup money on investment. Estimated billing does not pay. The DisCos made more money from metering their customers, because they are able to monitor their consumption and also charge them accordingly,” he added.

But the Electricity Manufacturers Association of Nigeria (EMMAN) blamed the metering problems on the power firms.

The umbrella body for manufacturers of meters in the country said the DisCos were not procuring enough meters.

Its Secretary, Muhideen Ibrahim, said meters were in short supply because the DisCos were not buying the product from local manufacturers, saying the firms would meet the metering needs of their customers, if they were buying meters from indigenous manufacturers.

According to Ibrahim, “There is no way the DisCos can absolve themselves of the blame on shortage of meters. The meters, which the DisCos are importing into the country, cannot meet the needs of their customers, yet they refused to patronize the local producers of the product.’’

The DisCos, Muhideen said, know that when they buy meters from local manufacturers, they would have enough to supply.

According to him, the Federal Government approved five firms to produce meters, which he said have the capacity to produce 50, 000 meters monthly.

MEMCOL, he said, can produce 200,000 meters, arguing that the Discos’ allegation that local meters’ manufacturers do not have enough stocks is unfounded.

“Local companies are producing smart meters and pre-paid meters, which in all ramifications, are comparable to those that produced abroad. The allegation by the DisCos that local firms are producing sub-standard meters is not plausible. It is just a way of giving a dog a bad name to hang it,’’ he said.

In a related development, the Technical Adviser to South African Revenue Protection Association (SARPA), Rene Bindeman has urged the DisCos to find a way of providing their customers meters.

Speaking at a workshop on data management and revenue recovery, organised by Abuja Electricity Distribution Company (AEDC), Bindeman urged the DisCos to install and protect their meters, because it is the only way they could boost their revenue.

Explaining that meters are expensive to procure and install, he called for the manufacturing of meters in the country in order to make it cheaper for the Discos. He said: “If you do not have the money, there is no way you can meter customers because what will happen is that you need to be able to have meters in the field but meters cost a lot of money.’’