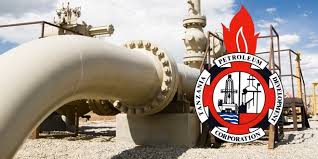 Tanzania government has signed a five-year agreement with Knauf Gypsum Factory to supply gas to its gypsum plant currently under construction at Kisemvule area in Nkuranga District Region. The country has also invited entrepreneurs, technology providers, partners and other investors interested in natural gas.

At the signing ceremony, the Petroleum Development Corporation (TPDC), Managing Director, Dr James Mataragio, said the implementation of the agreement is however scheduled to start at the end of next year when the factor will be ready, Daily News reported yesterday

Dr James Mataragio, said they are expecting to collect 620m/-per year at the initial stage and may rise to 4.4bn/-annually as the gas usage increases. He further said the gas demand profile will grow gradually each year from 0.11 million standard cubic feet (mmscfd) in next year to 0.78 mmscfd in a year 2028.

According to him, the gas connection work to the Knauf was at 95% while testing and commissioning was expected to be done by the end of this month. “As per contract, the customer will start using the gas by 2020 as currently, the plant is under construction.

TPDC intends to extend the natural gas connection to other regions soon to reduce the cost of energy consumption,” the TPDC boss stated.

Community Contractors To Be Involved In NOGAPS Construction – Wabote