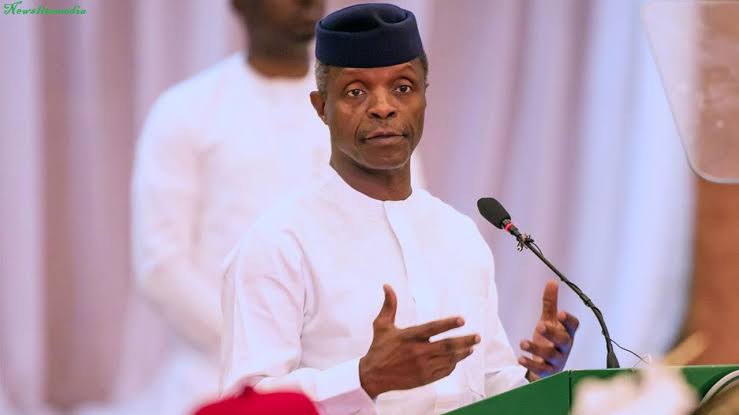 Succour seems to be on the way for players in the Nigerian power sector Nigeria, especially the distribution companies (Discos), as the Federal Government hints about its plans to introduce a power reform program that will address various issues bugging the sector, including funding, liquidity, expertise, indebtedness, among others.

Vice President, Prof Yemi Osinbajo, who dropped the hint at a power sector roundtable organised by the Mainstream Energy Solutions on Tuesday, said the liquidity challenges posed to the Nigerian Electricity Supply Industry (NESI) since the privatisation of the assets of the erstwhile Power Holding Company of Nigeria (PHCN) is well documented.

Represented by the Minister of Power, Mr Sala Mamman, the Vice President said that the cash crunch experienced in the power sector was well-known to the government and that it was working on finding a lasting solution to the matter, hence the fresh power reform program.

The new power reform, he hinted further, “must, however, take into consideration the need for less privileged Nigerians to gain access to affordable electricity to power their homes and small businesses.

The reform will equally initiate new policies to help electricity distribution companies improve on their tariff collection levels. It also promises to consistently provide sector players with cost-reflective electricity tariff to enable the sector to operate.

According to the Vice President, the reforms will also provide DisCos with the opportunity to recover monies owed them by electricity consumers. “The continuous growth of the sector is of critical importance to the Buhari administration, as such, we assure this congregation that we will do our utmost best to establish appropriate policies to address issues such as the collection of receivables which has grave implications for the generation and distribution companies and the establishment of a cost-reflective tariff for the sector,” he said.

According to Osinabjo, the government has sunk in N1.5trillion in the power sector as an intervention in the last two years and would want the sector to become sustainable and self-operational. He also explained that the government would rely on a functional power sector to help it takeaway 100 million Nigerians from poverty within 10 years.

“The federal government of Nigeria continues to support this sector through the provision of various interventions. However, we all know that no government can thrive without the private sector playing its fundamental role in building on the foundations laid down by the government,” said Osinbajo.

He noted that even with the N1.5 trillion interventions to the sector by the government, it recognized that, if the country is to achieve its aim of channelling funding to other critical sectors of the economy, it needed to have some structural reforms in place to enable the sector fund itself sustainably.

The Vice President assured that the government is working towards ensuring that 100 million Nigerians currently living in poverty are salvaged from the situation, but that “cannot be achieved without a thriving power sector to galvanize industrial revolution for Nigeria,” he said

Recently, the Nigerian Electricity Regulatory Commission (NERC) informed that the financial viability of the country’s power sector has remained the most significant challenge threatening its sustainability. The regulatory commission noted that the liquidity challenge was partly due to the non-implementation of cost-reflective tariffs, high technical and commercial losses exacerbated by energy theft, and consumers’ apathy to payments under the widely prevailing practice of estimated billing.