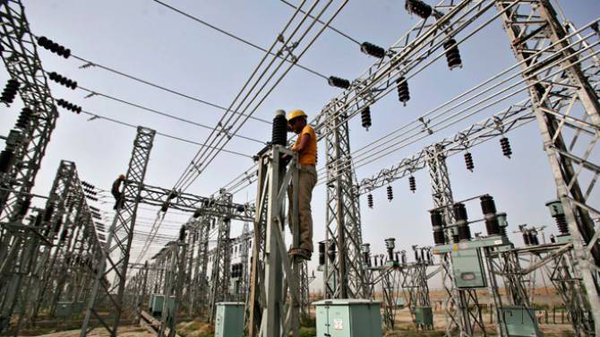 To further strengthen its commitment towards safety, Ikeja Electric has warned customers and the entire residents of all the areas under its network to desist from engaging in any form of commercial activities under power lines.

The company has also launched its novel Network Safety Monitoring initiative, which allows for round-the-clock electrical asset surveillance across its network by special teams, specifically set up for this purpose.

The teams, made up of safety specialists and technicians, divided into monitoring units, patrol the entire network armed with multimedia gadgets which allow them to capture damaged assets and imminently dangerous connections in real time.

The data captured is then relayed to a central Control Centre from where it is passed on to the nearest undertaking at which point the network operations logs the information and ensures resolution within the shortest possible time
Speaking on the initiative, the company’s Head of Corporate Communications, Mr. Felix Ofulue, explained in a statement yesterday that safety in a high risk sector such as the electricity industry cannot be over-emphasised.
Ofulue cautioned against conducting commercial activities under power lines, warning of the imminent danger associated with sustained activities underneath cables that may be under stress from strong winds and rains.

According to him, if the safety standards are compromised, the resultant effect could be disastrous leading to damage to property and even loss of human lives.

“Ikeja Electric will not compromise on safety. It is a high risk environment and coupled with the rains and high winds of this season, we have to continue the campaign of safety across our network. We are also aware that by putting forward these initiatives we are raising the bar of safety across the entire company with other industry players also raising their own standards of safety. In the end if we are able to keep people safe, we will be justified,” Ofulue said.

He noted that in consonance with the company’s Health and Safety mandate, it has issued series of weather alerts, calling public attention to common dangers associated with the inclement weather and these public alerts are put out in order that consumers may be more aware of their surroundings and adopt better and higher safety precautions in order to remain safe.

According to him, the monitoring team is a roving one, constantly on the move, scouting for unsafe and damaged assets.

He also solicited the support of the public in ensuring that the initiative is a success by urging residents who notice any dangerous asset, such as leaning poles, snapped or low hanging cables to take pictures