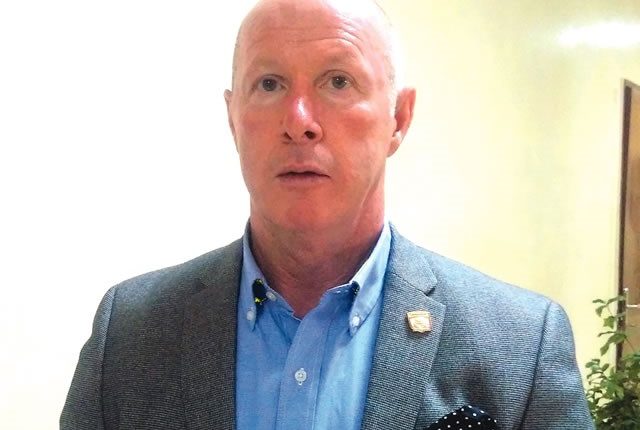 The nation’s electricity woes may worsen in the coming weeks as liquidity and gas supply issues are threatening the operation of its biggest power station, Egbin.

The Managing Director and Chief Executive Officer, Egbin Power Plc, Mr. Dallas Peavey Jr., told our correspondent in an exclusive interview that the owners of the plant might be forced to consider shutting it down if the challenges remain unresolved.

Egbin, which is located in Lagos, was acquired in 2013 by Kepco Energy Resource Limited in collaboration with its technical partner, Korea Electric Power Corporation, during the privatisation of the successor companies carved out of the defunct Power Holding Company of Nigeria.

Asked if the company had any challenge in paying gas suppliers, he said, “We do because we are owed N86bn and we in turn owe the gas suppliers approximately N30bn. We are working on payment plans.

“We think if this is not addressed in the next couple of weeks, we are going to take the hard look at shutting down, because we can’t afford running it any longer. That’s a dire prediction.”

Peavey said the company owed banks $325m as it had to borrow to overhaul the plant after it was acquired to enable it to operate at its installed capacity of 1,320 megawatts.

Generation from Egbin was said to be limited to 383MW on Wednesday due to gas constraints, compared to 1,085MW on March 15, according to industry data obtained by our correspondent. The plant hit a record low of 246MW on last Saturday from 425MW on Friday.

Its unit ST1 was said to have tripped on generator CB trouble; ST2, 3 and 5 not on spinning reserve due to Egbin G/S management decision, while the ST4 was out due to gas constraints.

“Right now, because of gas and transmission issues, we only have three of our six units running. Each one of our units can produce 220MW. For a megawatt, that is about 100,000 people that it provides power for,” Peavey said.

The Egbin CEO, who spoke with our correspondent shortly before the nation recorded its latest total system collapse on September 16, said, “We are helping to stabilise the national grid. If you notice, over the last six weeks, we haven’t had a grid failure or system collapse because of Egbin.

“Egbin is the sole reason there has not been a total system collapse in the nation, because we regulate everything coming to Lagos all the way to Abuja and farther north.”

Out of the six power stations meant to provide spinning reserves, only one had actual reserve of 9.4MW as of 6am on Wednesday, September 21, down from 17.4MW on Sunday and 30.4MW on September 10.

The reserve capacities and actual reserve of Egbin and Kainji stood at zero as of Wednesday, while those of Delta were 80MW and zero, respectively.