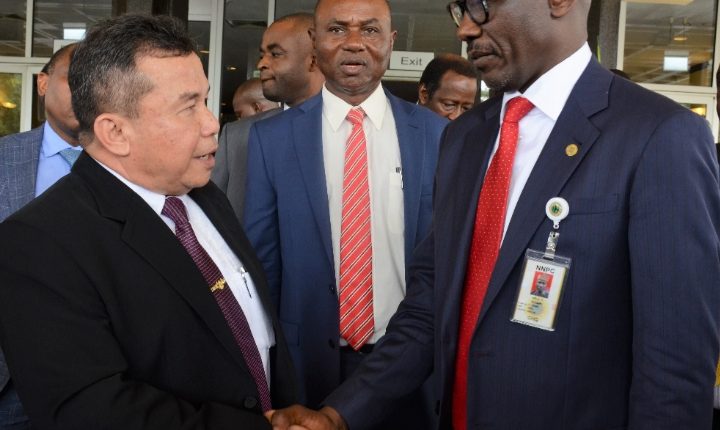 The Group Managing Director of NNPC, Mallam Mele Kyari, made the revelations while presenting a keynote address at the Nigeria International Pipeline Technology and Security Conference and Exhibition organized by the Pipelines Professionals Association of Nigeria (PLAN) in Abuja on Wednesday.

He said there is a need for private sector participation in the management of petroleum product pipeline nationwide, and even in the nation’s oil asset presence in the continent.

He said, “There is a need to reinforce the narrative of the critical role of pipeline assets to the nation’s energy security and economic progress.” According to him, it is difficult for the oil and gas industry to deliver much value to the economy without effective and efficient pipelines operations.

The NNPC is a major player in Nigeria’s oil and gas industry, operating over 5,000 kilometres of pipelines traversing many communities to link terminals, three refineries and 20 depots nationwide for transportation of crude oil and refined products.

In addition, the Corporations has over 1,700 kilometres of natural gas pipelines to supply gas to power plants and gas-based industries, including deliveries to trans-national reception points in Morocco, and hopefully, to Europe.

Kyari lamented that NNPC’s huge pipeline assets have become difficult to operate efficiently as a result of incessant activities of vandals and other criminal syndicates that were becoming increasingly sophisticated. He pointed out that Nigeria’s oil corporation was ready to collaborate with PLAN and all stakeholders to respond aggressively to incidences of pipeline vandalism in the country with a view to mitigating them.

Kabba Substation Will Ease Transmission for Over 19,200…

He said the current administration under the leadership of President Muhammadu Buhari was determined to boost domestic gas utilization to improve power generation and boost industrial growth, stressing that the support of all, especially pipeline professionals was required to drive the laudable initiative to fruition.

Earlier in his opening remarks, chairman of PLAN, Mr Geoff Onuoha, described the nation’s pipelines as the arteries driving the prosperity of the national economy, assuring the management of NNPC of PLAN’s support to enable her run its pipelines efficiently.

In his submission, the Director-General of the Infrastructure Concession Regulatory Commission, Engr Chidi Izuwah, advocated for the adoption of the Public-Private Partnership (PPP) model as a solution to the funding challenge hampering the expansion and modernisation of the nation’s infrastructure.