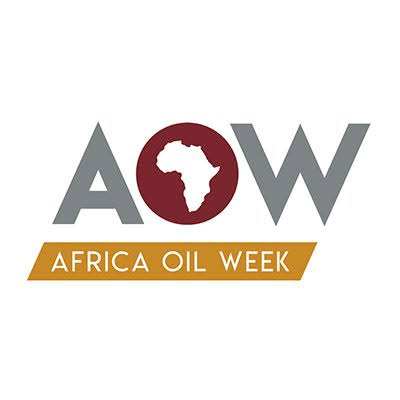 Africa Oil Week has said that the production capacity of 205,000b/d from French oil major TOTAL’s Egina oil field located off the coast of Nigeria which started in December 2018 has resulted to a 10% rise in the country’s oil output.

The leading business intelligence and transaction platform for oil and gas sector in Africa in a statement yesterday stated that oil field located some 130km offshore at depths of more than 1,500m, EGINA is an ambitious, ultra-deep project.

In the statement, AOW said, “Samsung Heavy Industries (SHI)’s wholly owned subsidiary- Samsung Heavy Industries Nigeria (SHIN) was awarded the contract to build the EGINA Floating Production Storage and Offloading (FPSO) vessel in 2013. The EGINA FPSO is the world’s largest offshore Oil Production vessel, and was specially built for TOTAL to exploit the EGINA field. Construction of the FPSO was divided between Korea and Nigeria.

“The project, worth over $3 billion, was SHIN’s largest involvement in Africa’s oil and gas sector. The company was responsible for the design, procurement, construction, transportation and commissioning of the FPSO, and also worked closely with local stakeholders. All efforts were aimed at accelerating the pace of Nigeria’s industrial development and transferring technical knowledge.” Adding that the EGINA project marks the beginning of SHI’s long-term commitment to bringing world-class maritime fabrication and integration technology from Korea to Nigeria and the wider Sub-Saharan region of Africa.

According to the statement, SHIN also works with the Nigerian government to create opportunities for Nigerians “Nigeria has traditionally been considered a challenging environment with demanding local regulations. SHIN’s experience working closely with the Nigerian Content and Development Monitoring Board (NCDMB) meant the company was able to design a local content programme that not only delivered opportunities in terms of skills development to Nigeria, but also helped develop cutting-edge technology.

“In particular, Samsung Heavy Industries Nigeria (SHIN) worked on EGINA with a Nigerian workforce, a significant number of which had no prior experience of the Ship Building Industry.
For SHIN, investing in EGINA went hand in hand with developing local indigenous talent by providing essential training. Some 560,000 man-hours were invested in training programmes and a welding qualification centre was built in 2015, offering fully funded training based on its parent company (SHI)’s almost 50 years of know-how in shipbuilding and offshore engineering.

“The maritime and ship building sector has witnessed a steady decline over the last 30 years, but SHIN has proved that this can be changed with support from Federal Government. Its experience has taught the company that governments who lend support to the private sector reap rewards not just in terms of revenue but also in the long-term creation of an educated, self-sustaining population.

“The economic climate can only continue to improve with the full support of the Federal Government, this means it must evolve with all industry sectors to meet the expectations of a nation committed to growth.

“EGINA was just the start of what SHIN can do in Nigeria and the company is confident that there is still much that can be accomplished in the country and neighbouring West Africa. SHIN will continue to embrace and implement Nigerian local content to ensure that the world sees that it is not only a consistent place for conducting business, but also one that is full of potential, yet to be unleashed.

it also stated that David Inglis, General Manager/Advisor on Nigerian Business Affairs, Government Inter-phase and Free Zone Operations will be a member of an SHI/SHIN delegation to Africa Oil week in Cape Town from 4th – 8th November.