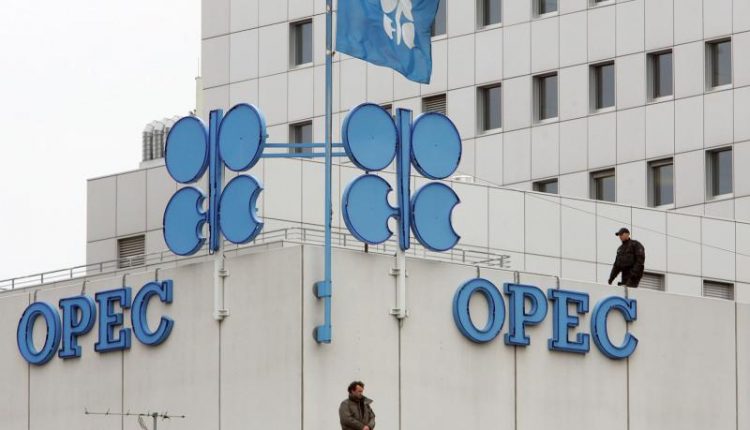 What OPEC Must Not Fail to Do (ANALYSIS)

The emerging cheering reports of from the September sittings of OPEC’s Joint Ministerial Monitoring Committee (JMMC) is only but an evidence of what unity of purpose can achieve.  OPEC had as part of its steps towards rebalancing the oil market, during its 171st Ministerial Conference Decision in November 2016, established the JMMC.

Subsequently, the Declaration of Cooperation agreement was made at the joint OPEC-Non-OPEC Producing Countries’ Ministerial Meeting held on 10 December 2016 with 11 (now 10) non-OPEC oil producing countries cooperated with the 13 (now 14) OPEC Member Countries to jointly tackle the three oil glut that left many oil-dependent economies in the doldrums.

This step saw countries burying their differences to pursue the collective goal of changing the oil market cycle that will reset economies and invariably usher the countries into a phase of economic recovery.

In what belied political and economic ego, Iran backed the supply deal despite tensions with Saudi Arabia over Yemen, Syria and its nuclear deal with the US. On the other hand, Iraq, the second-largest producer after Saudi Arabia also agreed to restrict production despite the financial burden to fund its fight against the Islamist group, ISIS.

This unison became a major catalyst leading to the high conformity level – a significant improvement that reached an unprecedented level of 116% in August. For the OPEC community, it is not yet uhuru. It is time to maintain focus and all hands must be on deck! With barely six months to the expiration of the Vienna agreement, OPEC must continue with its coordinated joint efforts, as well as sustaining the pace. Beyond the present, it should also develop strategies for achieving a secure future for the oil market.

And to sustain the present as well as push for a better and brighter future for global oil market cycle, OPEC must remain steadfast and resolute in managing this market rebalancing process. Bearing in mind the expected positive outcome will be in the interests of both producers and consumers, and the global economy as a whole.  “It is vital in helping to ensure a stable and secure energy future.”

READ ALSO : Hurricane Harvey Ratchets Up Pressure for OPEC to Rebalance the Market

The OPEC Secretary General, HE Mohammad Sanusi Barkindo acknowledging the significant change the market has witnessed in recent times, also called for a continuous engagement towards fulfilling the objectives of this JMMC  in realising the Committee’s objectives of restoring stability in the beleaguered industry.

“We have seen oil storage tanks being massively drained, both onshore and offshore, across all regions of the world. For the first time in the course of this cycle, storage levels above the five year industry average have plunged below 200mb/d from a record380mb/d last year, which now stands at 170mb above the five year average.

In terms of days of forward cover we are at just about 2 days above the five year average. Of this 170mb, 137mb constitute crude and a mere 33mb are products. Furthermore, 112mb of the 170mb originate from the US. These figures confirm beyond all reasonable doubt that the market is rebalancing.

We therefore acknowledge with deep appreciation the exemplary conduct and leadership of over-conforming OPEC countries, Saudi Arabia, Angola and Equatorial Guinea, as well as over-conforming non-OPEC participating countries, Azerbaijan, Brunei and Sudan, in continuously restraining themselves and sacrificing in the interest of all.

In this regard, we urge participating countries to achieve 100% conformity without further delay. Had every participating country conformed fully since the beginning of the Declaration of Cooperation, the market would have already rebalanced, Barkindo said.

The Chairman of JMMC and Kuwait’s Minister of Oil, Electricity and Water, HE Issam A. Almarzooq, warned that it is not time for members to rest on their laurels,

“We should not take these developments as a sign to sit back and relax. While we are on the right track and there is now more light at the end of the tunnel, this is not the time to take our foot off the accelerator.

“We have more work to do in lowering inventories toward the last five-year average and help return sustainable stability to the market.  We cannot be complacent.  We cannot lose sight of our key aspirations, he cautioned.

Calling for a relentless efforts in the pursuit of the JMCC set objectives, Russia’s Energy Minister, HE Alexander Novak, said that more coordinated efforts are needed towards sustaining the feat achieved so far in  the market rebalancing.

According to him, “Our efforts are a decisive factor in restoring a healthy balance of supply and demand in the oil market, sustaining investment attractiveness of the industry in the long-term perspective, restoring market stability and countering speculators’ activities. We are committed to serious fruitful work in the framework of our efforts in the name of this lofty goal.”