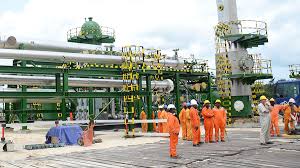 The Nigerian National Petroleum Corporation (NNPC) has denied reports credited to labour unions that the corporation had sacked 850 workers at its four moribund refineries.

NNPC spokesman, Dr Kennie Obateru, in a statement on Monday said the allegations were false. “I am sure they were referring to the termination of contracts between NNPC and some of its contractors at the refineries over two months ago. Because the contractors have no more contracts with NNPC, it affected their workers. So they were not NNPC workers and we did not sack our workers,” he said.

In a joint statement on Monday, the National President, the Nigeria Union Of Petroleum And Natural Gas Workers (NUPENG), Comrade Williams Akporeha, and his counterpart in the Petroleum and Natural Gas Senior Staff Association of Nigeria (PENGASSAN), Comrade Ndukaku Ohaeri, as well as their general secretaries, the NNPC was accused of a secret plan to sack the refinery workers.

“On the purported threat of the Group Managing Director of NNPC to sack workers, we wish to state here that it was actually no more a threat but that it had already been carried out with the sack of 850 support staff in the midst of COVID-19 pandemic, throwing almost a thousand workers into hard financial situation without an iota of empathy or consultation with the union,” it said.

The unions said they never threatened to go on strike, but that they only demanded to be engaged for a proper discussion on the commensurate terminal benefits of the workers, who had worked for 10 to 15 years.

“We found it rather highly inhuman and unfair on the part of NNPC management to sack these workers with only their last pay cheques after 15 good years of their lives in NNPC. If a Minister of Federal Republic of Nigeria and the Group Managing Director of NNPC can dismiss contract workers that have served for more than 10 years continuously as if they are rodents, what more can we expect from lOCs. The monthly salaries of 25 of these contract staff put together cannot equal a typical management staff salary of the same organisation” they queried in the statement.

NNPC recently concluded its recruitment exercise where over 1000 fresh graduates were employed.