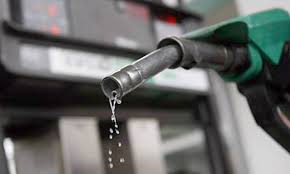 The Organisation of Petroleum Exporting Countries (OPEC) has said that value of petroleum imports into Nigeria exceeded the value of exports by $58.5 billion within a five-year period.

OPEC’s figures, on OPEC members’ values of petroleum imports, showed that Nigeria spent $264.57bn importing petroleum products during the five-year period. A breakdown of the imports showed that in 2015, 2016 and 2017, petroleum imports valued at $53.53 billion, $46.55 billion and $49.51 billion were imported into Nigeria.

Observers have repeatedly called on Nigeria’s government to revitalize the country’s four refineries, insisting that it will reduce the importation of refined petroleum products and foreign exchange quest.

Latest figures from the Nigerian National Petroleum Corporation (NNPC) on the performance of the refineries showed that two of the facilities managed by the NNPC processed no crude oil since this year.

An NNPC report said the last time Kaduna Refining and Petrochemical Company (KRPC) processed crude oil was in July 2019 when it refined 38,977 metric tonnes. It had stayed dormant since then. For the Warri Refining and Petrochemical Company, NNPC reported that the facility last processed crude oil in May 2019, as it refined 32,967MT before relapsing into dormancy.

Among the country’s three refineries, only the Port Harcourt Refining Company processed crude oil in April, as it refined 41,878MT, NNPC stated. However, the volume of crude processed by PHRC in April was less than what it refined in the preceding month. Findings showed that the facility processed 81,772MT in March 2020.