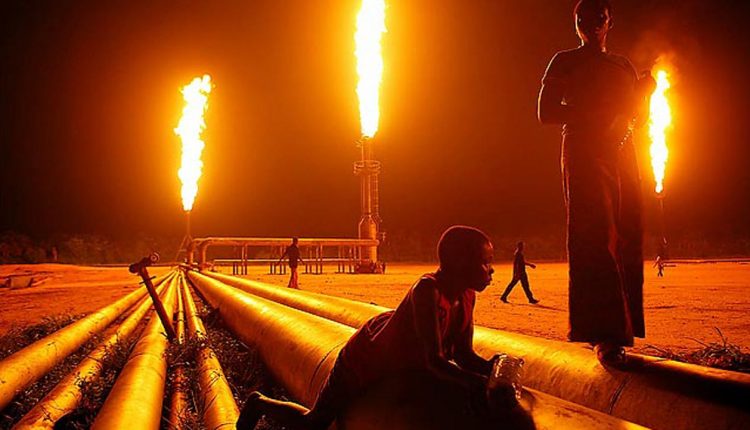 Determined to make gas flaring a thing of the past in the country, Nigerian government has hinted that it would soon launch a programme tagged ‘National Gas Flaring Commercialisation Programme’ to end gas flaring.
In a statement from the office of the Special Adviser to President Muhammadu Buhari on Niger Delta, Brig. Gen. Paul Boroh (rtd.) noted that Boroh, who is also the Coordinator of the Presidential Amnesty Programme (PAP) said this at the inauguration of a water project in Gelegele-Gbene community near Benin in Ovia North East Local Government area of Edo at the weekend.
According to Boroh, the government has identified 48 sites for the first phase of the programme and that it would generate about 36,000 direct jobs and 200,000 indirect jobs in the Niger Delta. He also said that the gas would be harnessed for various uses to include cooking, electricity and other industrial uses.
Also Read

The Special Adviser, who did not give the take off date for the programme, said the programme had been approved by the Federal Executive Council (FEC).

“I want you all to know that the government is quite disturbed about the health and environmental impact of gas flaring and is working hard to put an end to this very soon.

“Through this programme also, six million households would have access to clean and renewable energy, Boroh said.

Boroh also noted that the people are expected participate actively in the Modular Refinery and Pipeline Security and Monitoring Scheme, stressing that the modalities for the implementation has reached an advanced stage.

“For the pipeline security scheme, it is going to be community driven. The communities where we have these oil installations and facilities are expected to drive this process. The modalities for these are still being worked out.

“For the modular refinery, which is also going to be private driven, it is being initiated in order to put an end to the menace of the illegal refinery. The blue print on this will be out soon, he said. And that the amnesty programme was being restructured to include human capacity development.

Meanwhile, the Gelegele-Gbene community and the Ikea National Congress (INC), had earlier called for the establishment of an amnesty office in their community.

The appeal, which was made by Chief Robinson Ogunkoru, also called for pipeline surveillance slot for INC as well as the provision of skill acquisition centre in the community. They demanded the inclusion of other genuine agitators who were not captured in the amnesty programme.

READ ALSO : Ijaw Youths: We Support the Call for the Amendment of NLNG Act