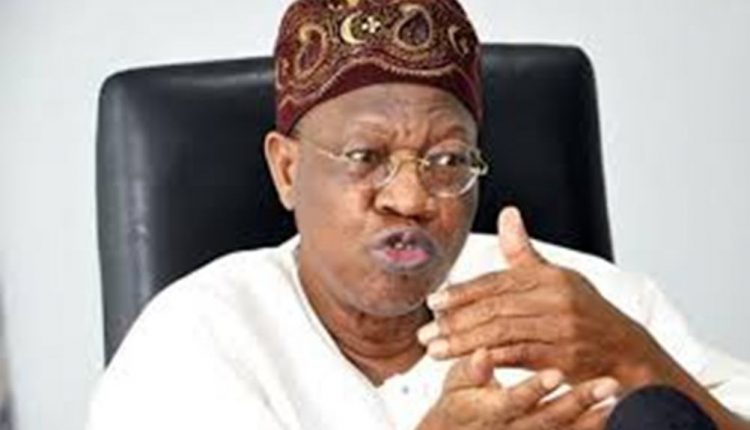 The Federal Government of Nigeria has disclosed that the country spent N10.413 trillion on fuel subsidy in the last 13 years (2006-2019).

The Minister of Information and Culture, Alh. Lai Mohammed, made the disclosure at a briefing in Abuja and justified the present administration’s discontinuation of fuel subsidy, describing the practice as unsustainable.

He pleaded for the understanding and support of Nigerians over the action, which he said become inevitable due to falling demand for oil, Nigeria’s main income source.

The minister said that the opposition and their allies had, “latched on to the issue of petrol pricing and electricity tariff review to throw the country into chaos,” and that Nigerians should renounce them.

Mohammed said that the hike in fuel price and electricity tariffs at the same time was a mere coincidence and not deliberately calculated to increase the pains of Nigerians or a demonstration of the current administration’s insensitivity the feelings of the masses.

“Government can no longer afford to subsidize petrol prices, because of its many negative consequences. These include a return to the costly subsidy regime. With 60% less revenues today, we cannot afford the cost.

“The second danger is the potential return of fuel queues – which has, thankfully, become a thing of the past under this administration.

“The days in which Nigerians queue for hours and days just to buy petrol, often at very high prices, are gone for good. Of course, there is also no provision for fuel subsidy in the revised 2020 budget, because we just cannot afford it.”

He stressed that the decision to deregulate the fuel prices was taken in March when crude oil prices collapsed to about zero.

“The truth of the matter is that subsidizing fuel is no longer feasible, especially under the prevailing economic conditions in the country. The government can no longer afford fuel subsidy, as revenues and foreign exchange earnings have fallen by almost 60%, due to the downturn in the fortunes of the oil sector.

“Yet, the government has had to sustain expenditures, especially on salaries and capital projects. Even though we have acted to mitigate the effect of the economic slowdown by adopting an Economic Sustainability Plan, we have also had to take some difficult decisions to stop unsustainable practices that were weighing the economy down.

“One of such difficult decisions, which we took at the beginning of the Covid-19 pandemic in March – when oil prices collapsed at the height of the global lockdown – was the deregulation of the prices of PMS (Premium Motor Spirit otherwise called petrol).”

“In spite of the recent increase in the price of fuel to N162 per litre, petrol prices in Nigeria remain the lowest in the West/Central African sub-regions.

“Outside the sub-region, petrol sells for N211 per litre in Egypt and N168 per litre in Saudi Arabia. You can now see that even with the removal of subsidy, fuel price in Nigeria remains among the cheapest in Africa.”

On the hike in electricity tariffs, the minister said that the government had spent about N1.7 trillion to supplement tariffs shortfalls.  He was, however, not specific in the terms of the period within which that money was spent.

“The government does not have the resources to continue along this path. To borrow just to subsidize generation and distribution, which are both privatized, will be grossly irresponsible.

“But in order to protect the large majority of Nigerians who cannot afford to pay cost-reflective tariffs from increases, the industry regulator, NERC, has approved that tariff adjustments had to be made but only on the basis of guaranteed improvement in service.

“Under this new arrangement, only customers with guaranteed minimum of 12 hours of electricity can have their tariffs adjusted. Those who get less than 12 hours supply will experience no increase. This is the largest group of customers.”

The Minister of State for Petroleum, Chief Timipre Sylva and Minister of Power, Mamman Sale were also at the briefing.