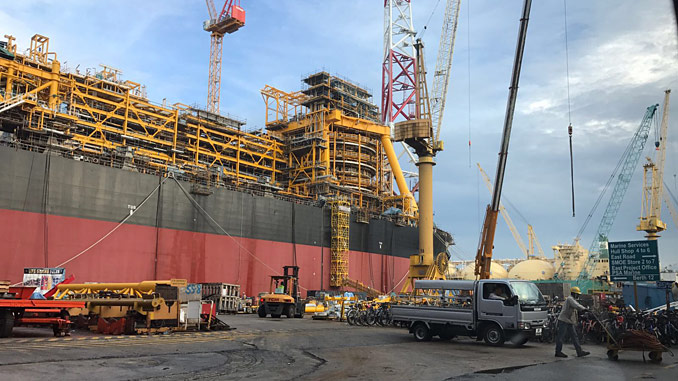 In its October 2020 Federation Account Allocation Committee (FAAC) report, the NNPC explained that it has continued to pay the debt to the IOCs since a discount was negotiated by former Minister of State for Petroleum Resources, Dr Ibe Kachikwu, in December 2016, from about $5.1 billion to $4.6 billion.

The Nigeria national oil company explained further that out of five OICs, the only MPN which the country owed $833 million has been fully paid, thereby relieving it of any debt to the oil company.

With this, the NNPC explained that all incremental barrels of oil from its JV operations with MPN has reverted back to base.

PENGASSAN vows to shut down oil production by Chevron in…

Bloomberg recalled that in 2016 Kachikwu negotiated with the IOCs and secured a discount of 25% with each of them on the pre-2016 cash call arrears; this resulted in a final settlement of $5.1 billion payable from incremental production from the JV assets over a five-year tenor without any interest charges during the repayment period.

The news agency noted that the discounts were according to the terms of the negotiation not qualified for tax deduction.

“It was equally expected then that from the negotiation and repayments, a sustainable funding of the JVs production will lead to an increase in national oil production from 2.2 million barrels per day (mbpd) which it was then to 2.5mbpd by 2019,” said Bloomberg

Kachikwu also disclosed in 2017 that the government followed its negotiations with the IOCs by paying the first tranche of $400 million to them.