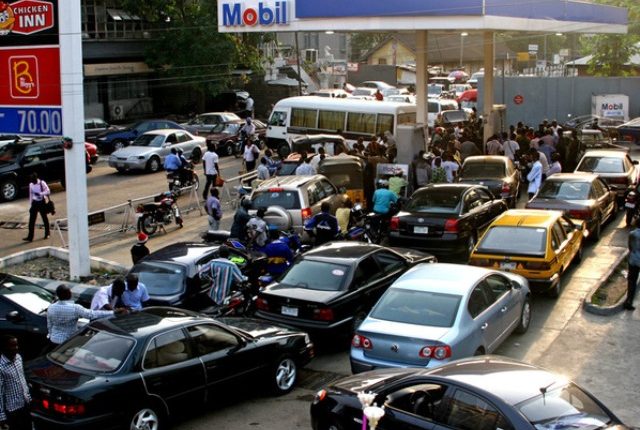 The Petroleum and Natural Senior Staff Association of Nigeria (PENGASSAN) has advised the Federal Government to encourage modular refineries to end petroleum products’ scarcity in the country.

Mr Francis Johnson, the National President of PENGASSAN, gave the advice in a telephone interview with the News Agency of Nigeria (NAN) on Tuesday in Lagos.

“It is cost effective and it can be set up within 24-month for production.

“One modular refinery can employ over 1,000 Nigerians through direct or indirect labour.

“Many of such refineries are capable of reducing unemployment in the labour market,’’ he said.

Johnson said that unless the local refining capacity was increased and the distribution channels developed, fuel scarcity would not be totally eradicated in the country.

He said that the persistent scarcity of petrol had taken its toll on the socio-economic activities of Nigerians.

The PENGASSAN boss said that government’s idea of the proposed economic summit would also help in shaping the oil and gas sector.

Johnson said the union had earlier called on the government to declare a state of emergency in the oil and gas sector to address the issues in the sector.

He said that there was the need for government to call an all-inclusive stakeholders’ forum to critically examine and proffer workable solutions in the interest of Nigerians.

NAN correspondent, who monitored the fuel situation in Lagos, reports that hawkers of the commodity have resurfaced on major roads in the metropolis.

The hawkers sell at between N1,500 and N2,000 per litre to desperate motorists and other users.

Domestication of Pigging Manufacturing is affirmation of Nigerian Content benefits