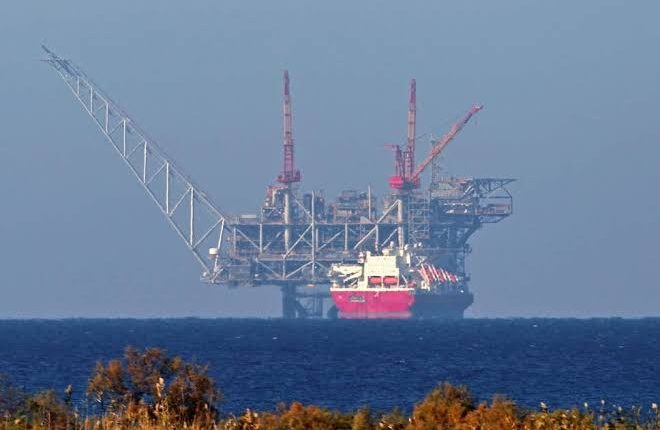 Greece and Israel have agreed to build a new pipeline to bring natural gas to Europe, even though the EU is promising to reduce its use of damaging fossil fuels.

The new €6bn (£5.1bn) underwater pipeline, which would be the world’s longest is forecast to meet about 10 per cent of Europe’s gas needs by 2025.

Italy will be the largest single purchaser of the Israeli gas, but several other European countries also stand to benefit.

Last month the European Union launched a new Green Deal policy package committing the EU to achieving carbon neutrality by 2050, with ambitious targets to cut emissions by 2030 from the current 40 per cent target to “at least” 50 per cent.

Ursula Von der Leyen, president of the European Commission, said the commission wanted to use €100bn worth of investment to help the bloc’s economies pay to switch away from fossil fuels.

The European Investment Bank decided in November to stop funding fossil fuel projects at the end of 2021.

The EastMed line, which would run for 1,900km (1,180 miles) from Israeli and Cypriot gas fields via Greece to Italy, is expected to carry up to 20 billion cubic metres of gas a year.

Under the Paris Agreement to tackle the climate crisis, Europe set a target to cut greenhouse gas emissions by at least 40 per cent by 2030.

But Europe’s gas demands are rising, and the Oxford Institute for Energy Studies estimates that demand will outstrip liquefied natural gas supply within three years.

Jonathan Stern, who heads the Institute, said,: “What the models mostly show is, if we’re going to meet the Paris targets (COP21), never mind any consideration of net-zero [emissions], then gas has to basically remain relatively flat in terms of demand … and then post-2030 it has to decline relatively rapidly.”

Natural gas is sometimes praised as a clean energy alternative to coal but scientists say a significant amount of methane, which heats the atmosphere, escapes from natural gas wells and pipelines.

Yuval Steinitz, the Israeli energy minister, has said the pipeline would take up to seven years to build and that its advantages include being less vulnerable to sabotage than if it passed through Turkey.

The current longest undersea pipeline is the Nord Stream, which runs for 1,224km through the Baltic Sea from Vyborg, Russia, to the German coast, transporting Russian natural gas to Europe.

This weekend hundreds of people in the Jordanian capital, Amman, protested against a government agreement to import natural gas from Israel, branding the deal “normalisation” with the Jewish state.