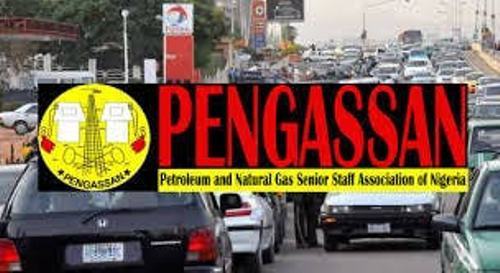 Nigeria may experience fuel scarcity as members of the Petroleum and Natural Gas Senior Staff Association of Nigeria (PENGASSAN) and the National Union of Petroleum and Natural Gas Workers (NUPENG) have down tools over breach of agreement on implementation of the Integrated Payroll and Personnel Information System (IPPIS) by the Federal Government.

The strike is coming on the heels of a seven-day ultimatum issued by the oil workers to the Federal Government to urgently address the situation.

The leadership of the unions, therefore, directed its members to shut down oil and gas facilities and distribution of petroleum products across the country and also withdraw their services.

The unions, in a letter to the Ministry of Labour and Employment, also vowed to withdraw their services over government’s failure to pay arrears of 22 months owed their members working with Nigerian Nuclear Regulatory Authority (NNRA).

According to the Public Relations Officer of PENGASSAN, Jerry Amah, the strike would continue until leadership of the associations give further directive.

Although discussions over the issues have been going on for some time, the oil workers have accused the government of not making concrete moves to settle the differences.

A technical committee set up by the Federal Ministry of Labour and Employment to dialogue on the issues with the unions reportedly reached a decision that failed to meet the minimum demand of the oil workers, who insisted that they be excluded from enrolment on IPPIS platform.

Why Nigeria will remain an important player in global oil…

However, the Office of the Accountant-General of the Federation, which is handling the exercise through its IPPIS Office, is insisting that the presidential directive that they be enrolled on the payroll must be complied with.

The unions said the strike was pursuant to the demands concerning their members working in Federal Government agencies, whose salaries were withheld since May over alleged non-compliance with Federal Government’s directive to all its agencies to enroll on the IPPIS payment platform.

They insisted that they would not guarantee industrial peace in the oil and gas sector if the implementation of the IPPIS was carried out unilaterally, or the matter resolved without their input.

They also condemned the decision of the accountant-general’s office insisting on the enrolment of the affected agencies on IPPIS despite the fact that the Federal Government revived the Integrated Financial Management Information System where the affected agencies were currently enrolled.