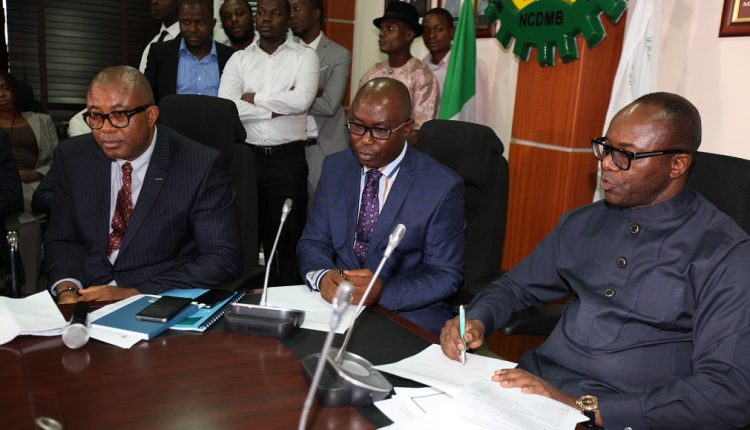 The recent removal of subsidy from the pump price of premium motor spirit is saving the Federal Government over N1.4 trillion that would have been expended on subsidy claims per annum, the Minister of State for Petroleum Resources, Dr. Ibe Kachikwu has said.

Speaking on Tuesday when he visited the Nigerian Content Development and Monitoring Board (NCDMB) in Yenagoa, Bayelsa State, the Minister explained that the deregulation policy has also re-awakened the downstream sector and will help the nation become a net exporter of petroleum products in a few years.  According to him “we now have a lot of people who are interested in investing in our refineries and building more refineries and we will remain committed to the goal which is to reduce importation of petroleum products by 60 per cent by the end of 2018 and become a net exporter of petroleum products by 2019.”

He described NCDMB as a critical agency in the petroleum industry and expressed delight that the Board had the right personnel to deliver on its mandate. He recalled the Board’s lofty achievements in the last six years of existence, noting that every Nigerian appreciated the good work that it has achieved. He further pledged to provide the right support and encouragement for the Board to deliver on its targets.

With the fall in crude oil prices and reduced investment in the sector, the Minister charged the NCDMB to re-strategize and transit from its role of just propagating local content and local participation to one of finding commonality with industry stakeholders to encourage investment. The new focus of the Board, he said, “affects how quickly you process things, it affects the rigidity of some of the terms you ask for as people enter into transactions and the need for increased collaborative relationships.”

Kachikwu also stated that the corporate restructuring initiated in the Nigerian National Petroleum Corporation (NNPC) has reduced the average monthly loss recorded by the corporation from N40billion in the recent past to N3billion while efforts remained on target to achieve profitability before the end of 2016, a feat that had not been recorded in 20years.

He expressed gladness that the achievements were being recorded by staff of the NNPC who had previously given up hope in the system.

Responding to comments from staff of the NCDMB, the Minister hailed the contributions of various trade unions in the oil and gas industry to the successful introduction of the deregulation policy, stressing that “the success of the policy was only possible because of the unity that was provided by PENGASSAN, NUPENG, NARTO and every active participant in the oil sector. My role was to be the professor, explaining why we had to do it.”

He also announced plans to carry out infrastructural re-graphing of Nigeria’s petroleum sector, adding that plans were afoot to review Nigeria’s aging pipelines, depots and gas infrastructure and begin the process of replacing them.

With regards to gas flaring, the Minister stated that the new thinking was to move away from a penalty based gas regulation which had largely failed over the years to a zero tolerance gas flaring regulation with year 2020 as the new target deadline.

Admitting that the entire spectrum of petroleum industry required strategic intervention, Kachikwu harped on the need to see the challenges as opportunities to transform the sub sectors into income earners for the populace. According to him, “anywhere you look, you see that the oil and gas sector is populated by a need. We have to translate those needs to economic models that are beneficial to the citizenry. The drop in oil price should motivate us into going into parallel income streams.”