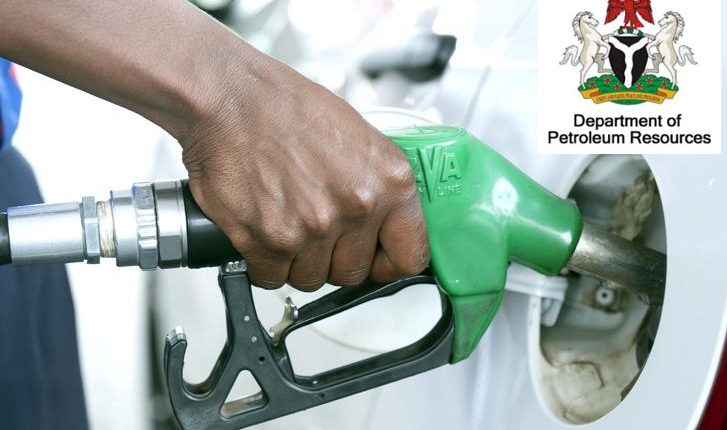 The Department of Petroleum Resources (DPR) has warned consumers of the Petroleum Motor Spirit (PMS) in its Port Harcourt zone to desist from panic buying saying it had adequate stock despite the outbreak of the Coronavirus pandemic.

The department said the zone comprising Rivers State and neighboring states currently had 107million litres of PMS in eight of its depots in Port Harcourt and was expecting more product in a few days.

It also warned against buying the product above the current price regime of N125 per liter explaining that most filling stations had adjusted to the new price.

The Port Harcourt zonal Head of Downstream, Anthony Oyom, who was accompanied by Mohammed Akwa, an engineer in charge of the zone’s projects, depots and jetties, spoke in Port Harcourt while monitoring the compliance of depots and filling stations to the new price of PMS.

The investigations showed that the depots where the Nigerian National Petroleum Products (NNPC) stored imported fuel had enough of the product.

For instance depots at TSL Logistics had about 24m litres; Conoil had 5million and was expecting 27million in a few days; Stock-Gap, 22m litres; Liquid Bulk, 42m litres among others.

Operators of the depots said they were trucking out the product at the new regulated depot price of N113 insisting that they were not lacking fuel at their facilities.

“We checked six depots and in all of them we saw that they had enough products. Currently we have over 100m liters of stock in Port Harcourt. We are expecting millions of litres in a few days. At the end of this week, we should have at least 150 million liters stored in Port Harcourt.

“We have enough fuel for Rivers State and the immediate environment. Also, retail outlets are complying with the new pump directive. There is absolutely no reason for anybody to engage in panic buying.

“We know that the Coronavirus is real, it has entered Nigeria. About 42 cases confirmed now and some companies have said we should work from home. People will be at home and they will need more fuel.

“What we have can last us for about a month even if we don’t import again. But we are still expecting some vessels which we issued clearance on. We have enough stock. Filling stations are complying with the new directive. So. There is no reason to panic”.

Oyom said tough time awaited filling stations selling fuel above the new regulated price adding that the department would beam its searchlight on them through continuous surveillance.

Prior to the visit of the DPR officials, investigations by the Nation revealed that some petrol stations were yet to comply fully to the price reduction.

A pump attendant at the Innohill filling station located at Chinda area of Port Harcourt, said they would shuts to the new prices after selling their old stock.

“We are still selling the old product we bought before the new price. We can only start selling the price when we buy new products”, the attendant, who spoke in confidence said.

At the Jets filling station along Ada George, the outlet was in compliance with the new price, a situation that resulted to influx of customers to the station.

A fuel attendant at the station said: “The complaints by our customers were too many and we decided to adjust to the new price”.

However, the Royal Dynasty Oil and Gas Limited, appeared not to have any plan to adjust to the new price as it continued to feign ignorance of the new price regime.

When asked why the filling station had not reduced its price, a petrol attendant, who spoke in confidence, said: “What do you mean by reducing the price?”

At the Carvla Petroleum located in Mile 3, the manager of the station, who refused to mention his name urged customers to help him exhaust his old stock at the old price.

“Please buy at the old price because I have old stock. Once, we exhaust the old product, we will bee selling at the new price”, he said.