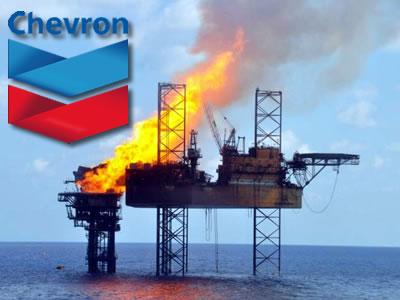 Nigeria’s third-largest oil producer, Chevron Nigeria Limited (CNL), a subsidiary of United States international oil company, Chevron, has announced that it will sell its 40 per cent stake in two shallow water oil blocks, OML 83 and OML 85, in the country.

“As part of a continuous process of portfolio evaluation and business prioritisation, Chevron Nigeria Limited … has put forward its interests in two oil mining leases for auction,” a company spokesman told Reuters.

Although there has been no production yet in the two oil blocks and the company did not state what oil and gas reserves the blocks held, its 2012 net daily production in Nigeria averaged 238,000 barrels of crude oil and 165 million cubic feet of natural gas.

While Chevron operates under a joint-venture arrangement with NNPC which owns 60% of the oil blocks, the oil firm remains one of Nigeria’s largest energy investors, spending more than $3 billion annually. The firm has assets on land, swamp and near-offshore concessions covering approximately 2.2 million acres (8,900 sq. km) in the Niger Delta region.

Although Chevron is the latest oil major seeking to dispose of assets in Nigeria, United States’ ConocoPhillips in January sold its Nigerian businesses to Oando Energy for about $1.79billion.

In recent years, several oil companies like Royal Dutch Shell, Italy’s Eni and France’s Total have sold their assets onshore or in the shallow waters of the Niger Delta. Some of the oil blocks sold overtime were bought by United Kingdom-listed firms, Heritage Oil and Eland Oil while Chinese-owned Addax have expressed interest in buying more assets in Nigeria.

Oil firms in Nigeria face challenges like widespread oil theft, and, at times, difficult relationships with local communities onshore; some of which have driven up the cost of operation there.

With the delay in the passage of the Petroleum Industry Bill, some oil companies are skeptical about making investments in new projects.