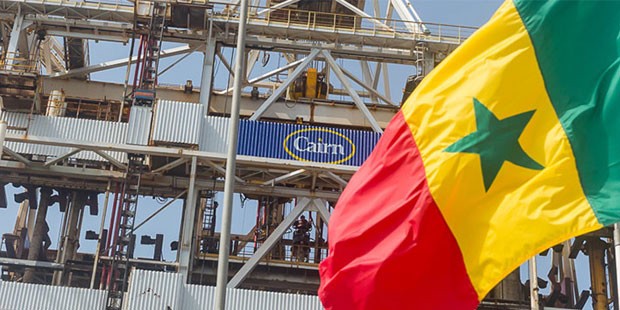 Cairn Follows up on Senegalese Discoveries

Cairn Energy is looking forward to a three well drilling campaign offshore Senegal from the fourth quarter of 2015. The London listed explorer has submitted a three year evaluation work plan to the Government of Senegal, including an initial programme of three firm and three optional exploration and appraisal wells. The programme calls for drilling to start in Q4 2015 “in Cairn’s new basin play offshore Senegal focused on the acreage around the SNE-1 discovery well”.

The Ocean Rig Athena, a 7th generation dual activity drillship, has been selected for the drilling programme. The rig is currently contracted to ConocoPhillips in Angola. Cairn is in the final stages of working with its joint venture partners to finalise the rig contract and associated support services, which are being tendered to secure current market pricing.

Cairn estimates that the existing discoveries and the currently identified prospects and leads have an estimated mean risked resource base of more than a billion barrels.

In 2014 Cairn made two significant discoveries in Senegal, “one of which is potentially the largest global oil discovery in the year”, the company reports. “The discoveries occur in two separate plays and have significant follow on potential”. SNE-1, the bigger of the two finds, encountered 36metres net of 320 API oil pay in a reservoir of 95metres gross oil bearing column.

The firm three well programme is currently planned to include two appraisal wells of the SNE-1 discovery which will core and test the reservoir, as well as one shelf exploration well. There will also be a 2,000km2 3D seismic data acquisition campaign over the Sangomar and Rufisque blocks to help fully map the prospectivity of the contract area.

Cairn believes there is substantial prospectivity across all three of its blocks and to date at least five prospects and eighteen leads have been identified and continue to be matured to drillable status.

Cairn is hosting a Capital Markets Day presentation on its operations in Senegal today in London for sell-side analysts and institutional shareholders.