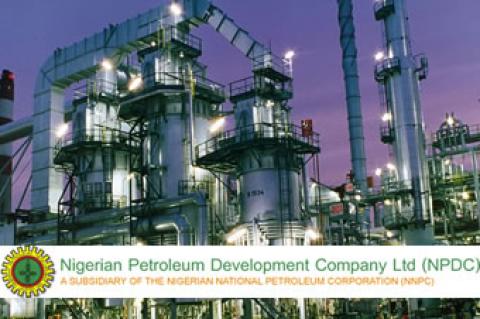 Dr Maikanti Baru, the Group Managing Director of NNPC, made the commendation when he visited NPDC, its upstream subsidiary on Wednesday, a statement released by the Corporation, on Thursday in Abuja said.

He said he was proud that a world-class facility was being put in place by a Nigerian engineering contractor in conjunction with another Nigerian company, the NPDC.

“From engineering, construction to erection of the various units, we feel very encouraged by the huge man-hours which you are putting in here, day and night, with full local content,” Baru told over 500 workers at the site.

“The IGHF is currently at 80 per cent completion. “ When completed in December, it will make provision for dehydration of gas and liquid extraction.

“ It is expected to also produce both Liquefied Petroleum Gas (LPG) and Propane, in addition to dry gas to the Escravos Lagos Pipeline System (ELPS),’’ he said

He described the Oil Mining Lease (OML) 111, where the gas projects were located, as one of the most significant assets of the NPDC.

According to him, it is where the corporation’s staff members and their contractors design, build and operate facilities hitherto operated by the International Oil Companies (IOCs).

“You could see that right from the well-design through to reception of the various liquids to the processing and disposal of the various outputs, it is fully indigenous. So, it cannot be better than this,” he added.

He said as a National Oil Company (NOC), the corporation was using this to showcase its ability to intervene.

“We are not just a player, we are also building capacity that can enable us intervene by taking over any assets whenever any contractor decides to opt out,” he said

Baru stated that the project’s funding constraints would be addressed soonest and noted that NNPC was considering alternative means to support and complete the project.

“All these projects are located within OML 111, one of our critical assets which we are keen on deriving maximum benefits from,” he stated.

Earlier, the Managing Director of the NPDC, Mr Yusuf Matashi, thanked the NPDC Board led by the GMD, for coming down to inspect the gas facilities, saying it was the first time the company was witnessing a highly-synchronised support towards the projects.

He said the LPG Dispensing Facility strategically offered 40 per cent solution for Nigeria’s domestic LPG market which would translate into extra cash flow for the company.

“Another advantage is that it will ensure ease of distribution and penetration into the market. You can take LPG to every nook and cranny of the country from here. So, it is quite strategic,” he noted.

He said in line with NPDC’s Corporate Social Responsibility (CSR) efforts, the company had engaged the youth within the host community area, with a number of them fully involved in the local contracts around the project as well as the pipeline Right Of Way (ROW).

“We have also completed a Skills Acquisition Centre which is currently being furnished in line with the component of the project.

“We intend to commission the centre even before the project is completed.

“From our records, this is one project that has engendered cordial relationship with the Oredo community and we hope to replicate similar understanding in other areas within the Niger Delta,” he said

Also, the NNPC Chief Operating Officer, Upstream, Malam Bello Rabiu, expressed happiness that the project would be delivered within time and budget.

He also charged the workers to double the over one million man-hours achieved so far in the project without any incidence.

Located 34km southeast of Benin City, the OML 111 is an onshore field comprising five fields viz: Oki-Oziengbe-South, Aroh North, Koko, Oghama as well as Oredo, which has 12 out of its 15 wells currently producing.