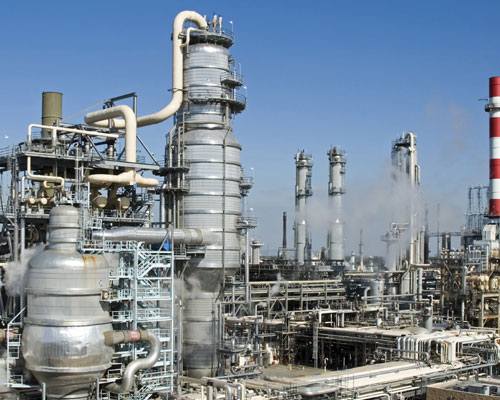 The Nigerian National petroleum Corporation (NNPC) has said that some of the financing companies it approached to revamp the country’s refineries have shown interest in Port Harcourt refinery.

Mr Ndu Ughamadu, Group General Manager, Group Public Affairs Division, disclosed this in an interview with the Newsmen on Friday in Abuja.

He said that a team of engineers from the corporation had gone abroad to source for financiers to ensure revamping of the major refineries in the country.

“About three financing companies have indicated interest but their names are yet to be made public but they have shown interest for Port Harcourt, Warri and Kaduna refineries

“ But they showed the most interest for the Port Harcourt refinery.

“Efforts are on, our team of engineers are abroad, seeking financing. What we want to do with refineries is to bring in financiers’ that will put in their money for rehabilitation instead of the NNPC.

“By doing that, they will source their funds from what we produce,’’ he said.

He reassured that with the ongoing commitment, the projected timeline of the Minister of State for Petroleum Resources Dr Ibe Kachikwu for the refineries to be up and running by 2019 would be achieved, particularly with the coming on stream of the Dangote refinery.

Community Contractors To Be Involved In NOGAPS Construction…

It will be recalled that Kachikwu said that the NNPC was expected to sign agreements with third-party financiers and contractors for the revamping of its 445,000 barrel per day (bpd) combined capacity refineries in Kaduna, Warri and Port Harcourt by October.

He also stated that the processes to ensure that the NNPC moves the combined production capacities of the refineries to 90 per cent were largely concluded.

He added that the signing of the agreements would soon follow.