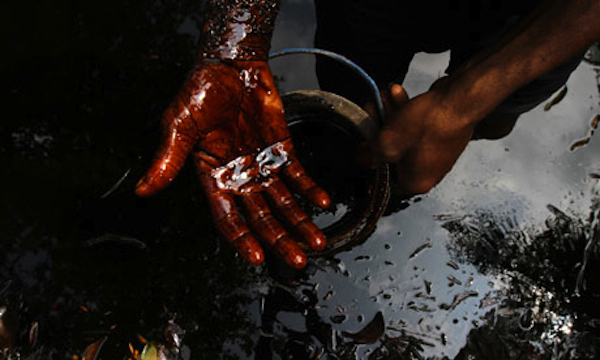 The Environmental Protection Agency (EPA) has indicated that government decision to take the Agency off its subvention will not make them relax on their responsibilities, but rather push them to work harder than before.

While making a statement on the floor of the Parliament of Ghana on the implications of the fall in crude oil prices on the 2015 Budget last month, the Minister for Finance Seth E. Terkper, informed Parliament that “As noted in the 2015 Budget, the weaning off of some subvented agencies from Government payroll has begun. Three agencies, namely; the Energy Commission, the Environmental Protection Agency (EPA), and the Driver and Vehicle Licensing Authority (DVLA), which have the capacity to be financially independent based on their Internally Generated Funds (IGFs) have been identified for weaning off this year”.

The EPA is the leading public body for protecting and improving the environment in Ghana. It is their job to make sure that air, land and water are looked after by everyone in today’s society, so that tomorrow’s generations inherit a cleaner, healthier world.

According to Kojo Agbenor-Efunam, Chief Program Officer in charge of Oil and Gas at the EPA, “The Agency is doing all the necessary things it needs to do to be able to stand on its own. This means that we have to be more efficient and do things efficiently.

We are no longer going to be like the normal public service where staffs come to work dragging their feet. Now it is the money people pay for the services that we render them that we are going to use to pay salaries. So your salary is directly dependent on what you generate.”

He pointed out that if the Agency is able to generate enough revenue then they will be able to live well as compared with when the government subvention exist, but if not, the Agency is going to face serious challenges.

He admitted that, “When you are being supported you often do not want to think beyond what you are being provided, but the moment the support stops you are forced to start thinking  outside the box.”

Is the EPA going to neglect their responsibility in pursuit of money?

Mr. Agbenor-Efunam insisted that the Agency is not going to shirk its responsibilities and mandate in pursuit of money but rather enhance it.

He explained that revenue generation comes as a result of the services that we render, adding that, “Currently there are a number of industries that the Agency is yet to cover under our permitting system. So with government withdrawing its subvention, the Agency has to work harder than before to bring all these industries in. And this is going to be our motivational factor”.

He emphasized that the new EPA will not tolerate laziness and inefficiency. “In the normal civil or public service where you know that you are dependent on government, whether you come to work or not, at the end of the month you receive your salary. So it is very common to find this lackadaisical attitude to work. All these things will be of the past.

However, moving away from there, we want every staff to know that they count and we have to put our heads together to be more efficient to get good results. Basically we are going to feed ourselves,” he maintained.

But is the EPA survival dependent on the oil and gas industry?

Mr. Agbenor-Efunam pointed out that the oil and gas industry is not the only industry that the Agency has to depend on for survival, adding that, “We also regulate other sectors too.”

But he quickly observed that the oil and gas industry is one of their biggest clients.

“It is one industry that pulls other sectors along. You have companies coming in to do subsea installations, fabrication and manufacturing and the rest. If you look at the waste management services that are setting up, it is because of the oil and gas industry.

And all these operations that have some bearings on the environment come to us for permitting. This also expands our revenue base. At the same time it also places a lot of responsibilities on the Agency. We need to do more. We are expanding both your operational capacity and revenue channels,” he added.