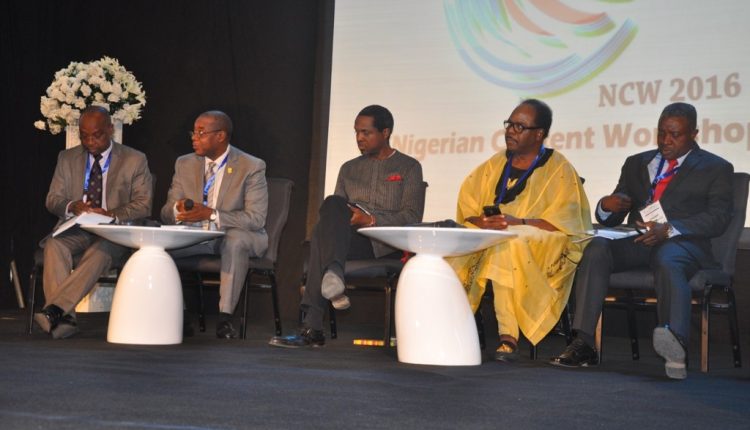 Stakeholders in the Nigeria oil and gas industry have advised the Federal Government and lawmakers to encourage indigenous businesses and enable them thrive, as these are one of the numerous ways that would help drive increased indigenous participation in the industry and also help attain the goals of the Local Content initiative.

Speaking at the just concluded Nigerian Content Workshop in Calabar, Mr. Dada Thomas, Chief Executive Officer, Frontier Oil, said the Federal Government and the National Assembly must do everything within their powers to unlock the ease of doing business in Nigeria.

He said, “We have to do something about that, because money has choice. We don’t have to fool ourselves that Nigeria is the haven for investors; it isn’t. The man who owns the cash has the choice of deciding where he has to put his cash to work. And if we don’t make it easier for investment to come here and flourish then we will have a real problem with truly unlocking the Nigerian economy.”

Also speaking, Mr. Tonye Cole, Executive Director, Sahara Group, said businesses in Nigeria are capable of achieving great success, if they trust themselves enough to recognize that if they add and combine their entrepreneurial spirit and intellectual capacity, they can actually achieve a lot.

He, however called on the authorities not to stifle entrepreneurs, stating that do so amounts to killing their opportunity to create jobs.

He said efforts should be made the authorities to encourage investors  to interact with them in area of policies, since the businesses are the implementers of such policies.

According to him, don’t begrudge them, even when they see in the policies that exist, that there are new ways to make it better.

He said, “It is another thing that they do. It is called innovation. Innovate and then a policy and law can come afterwards, it happens. It doesn’t mean you have played pranks. Allow innovation, embrace it.

“Right now we are at unprecedented times. But in these times, we have one of the best windows that is available to us as Nigerians to craft a success story for our nation. Why? Most people are lamenting about the state of the economy, most people know that we are in a crisis, but in every crisis, there are most people that rise up and become heroes.  It is not everybody that comes out in every crisis.

“Because of this tough economic situation, we have one thing, low oil price, no money, and corruption in the system, but it has led to one thing, for the first time in a long while, I’m actually seeing governments that are sitting down and are willing to listen, coming and saying where do we find solutions? In the past, it never used to happen. We just sit down and something would hit us, then we start fighting afterwards. Now they are listening.

“Senators here today that have created this, is a testament of that fact that we are interacting, we are listening, we are speaking, we are able to tell where the problems are and hopefully, we will see that by saying so, there is a reaction to what ensure that those things that we say are problems, that we have a solution, because you are the ones that makes the laws and create the policies that we help implement.

“By the actions we take today, we can either be at the forefront of ushering a better Nigeria that would thrive on the strength of its people, or we can just remain victims. We can endlessly complain about how unfair live is or we can continue to wait for someone somewhere, that messiah somewhere that would come and save us. The choice is ultimately yours and mine.”

According to him, for 60 years since we discovered oil and gas in Nigeria, we are still less than 10 per cent local content participation. H, however, stated that increased indigenous participation is not something that happens over night, adding that since the National Assembly passed the local content law in 2010, it has become a catalyst or a springboard for indigenes to participate more fully in the sector.

Continuing, he said, “We need ramp it up; we need to get to 20, 30, 40, 50 per cent; like most countries have over 50 per cent local content participation, we need to get there. Nothing is perfect. We think that the law that we have, first should be enforced. That law is not been enforced and followed as intended. The first thing is to ensure compliance, after that we can tweak the law where we see grey areas. For now, I think compliance is the first thing.”

The GMOU – Chevrons’ strategy to mitigate conflict amongst host communities