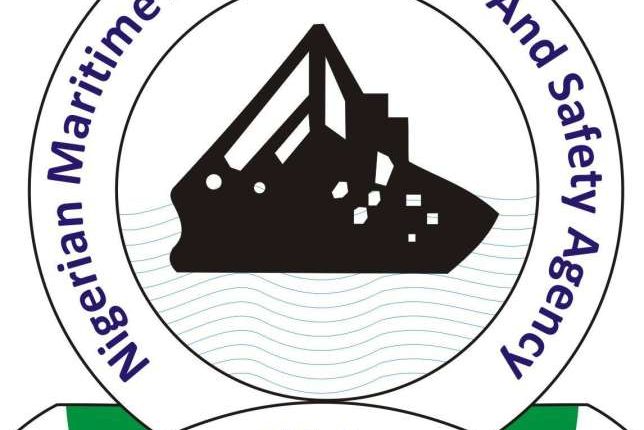 The Federal Government on Tuesday January 29, projected a 10 per cent growth in the Nigerian maritime industry. This was contained in the 2019/2020 maritime forecast unveiled by the Nigerian Maritime Administration and Safety Agency (NIMASA) in Lagos.
The forecast, the second in the series, tagged “Harnessing the Maritime and Shipping Sector for Sustainable Growth”.
It is meant to give direction to investors and stakeholders in the industry in their planning and investment decisions as part of efforts to attract more foreign direct investment to the economy. Major plans covered by the forecast are the economic environment, the maritime industry (local and global), regulatory framework, and emerging opportunities and challenges.
Also Read

Mar 15, 2019
Speaking at the unveiling ceremony, the Director General of NIMASA, Dr. Dakuku Peterside, said this year’s forecast will be addressing how emerging trends in the global maritime industry would affect the Nigerian maritime sector as well as domestic factors that will influence the sector. Dakuku said the maritime industry held a lot of promise for Nigeria.
“The maritime sector has the potential of contributing at least 10% of Nigeria’s GDP in no distant future, as Nigeria has the biggest market in Africa; and generates about 65-67% of cargo throughput in West Africa, and 65% of all cargo heading for these regions will most likely end up in the Nigerian market,” the DG said.
According to the forecast, the outlook for the economy in 2019 reflects, on the global side, concerns about a substantial global economic growth slowdown, likely higher US interest rates, a stronger dollar and volatile oil prices, possibly averaging below US$60pb, and domestically, the impact of sentiments surrounding the 2019 general elections and post-electoral transition.
The empirical analysis projects the growth of the total fleet size in 2019 over 2018 to be 10.33%, easing to 8.75% for 2020. Oil tanker fleet size is projected to decrease by 11.2% for both 2019 and recover to a positive growth of 0.11% by 2020. Non-oil tanker fleet size is estimated to increase by 14.3% in 2019 and 10.2% in 2020, while Oil Rig count is projected to increase by 6.98% and 6.5% for 2019 and 2020, respectively.
Related Posts

Dakuku identified asset building/acquisition and human capacity development as two factors that would enable Nigerians play a major role in the maritime and shipping sector. He said shipping is capital intensive and the Cabotage Vessel Financing Fund (CVFF) will not be adequate to address the huge demand for maritime asset. This propelled the Agency to seek other ship financing models, he said.
“We have been engaging with government at the highest level to push for special intervention fund, special interest rate and other incentives that will drive optimal performance in the sector. We shall not relent in our drive to put the right framework together to help beneficiaries and investors have good return on investment.
“The country is also making huge investments in human capacity development in the sector, which means that more Nigerians will get involved in shipping, especially, in shipping operations,” Dakuku stated.
The NIMASA DG also disclosed that the government had made consistent effort to drive changes in the maritime and shipping sector through regulatory and infrastructural developments. He added that the main public bodies regulating the maritime and shipping sector had all keyed into the government’s strategies to reform the operating environment and improve on the country’s ease of doing business index, which has the potential of attracting more businesses to the maritime industry.
He said 2018 offered government opportunities for strategic changes in policies to restore growth in the economy, invest in the people and build a globally competitive economy. Dakuku assured the stakeholders of the Agency’s resolve to push for reforms that will help grow the maritime sector, noting that building and enhancing indigenous capacity in the shipping and maritime sector and ensuring a conducive playing field for operators to tap into the vast economic benefits inherent in shipping will be made a priority.
A consultant and faculty at the Lagos Business School, Dr. Doyin Salami,who reviewed the forecast, noted that it was intended to provide the context in which the sector will operate in 2019 to 2020. Salami said it was expected that in 2019, the Petroleum Industry Bill (PIB) will be passed; the anti-piracy bill will become law, and more International Maritime Organisation (IMO) conventions would be domesticated in Nigeria.
Salami stated that the general election and its aftermath was a major factor that will affect the economy this year. The other, according to him, is happenings in the global economy, especially the United States/China trade war.
He also observed that NIMASA based the forecast on the Economic Recovery and Growth Plan (ERGP) of the Federal Government and charged stakeholders to key into the Agency’s vision.
Earlier in his welcome address, the Minister of Transportation, Rt. Hon. Rotimi Amaechi, emphasised the importance of shipping in poverty alleviation and wealth creation. Amaechi, who was represented by the Deputy Director, Cabotage and Shipping Development in the Ministry, Mrs. Gloria Adie-Ayabie, informed stakeholders that the Federal Government had initiated reforms to facilitate the development of the Blue Economy, saying this involves the enactment of laws and domestication of relevant international instruments.
Stakeholders in attendance at the event, including the NIMASA Board Chairman, General Jonathan India Garba (rtd.), and Rector, Maritime Academy of Nigeria (MAN), Oron, Commodore Emmanuel Duja Effedua (rtd), agreed that the forecast was a step in the right direction and called for continuous support for NIMASA to enable it achieve its mandate of realising a robust maritime sector.
It would be recalled that the Agency unveiled the first maritime forecast in the industry in February 2018, projected at 5% growth along with other potentials, most of which were achieved and served as a guide to stakeholders and investors. There was a significant growth and development in the sector and it is also expected to improve in the year 2019-2020.

Nigeria’s refineries not too old to operate, says NNPC