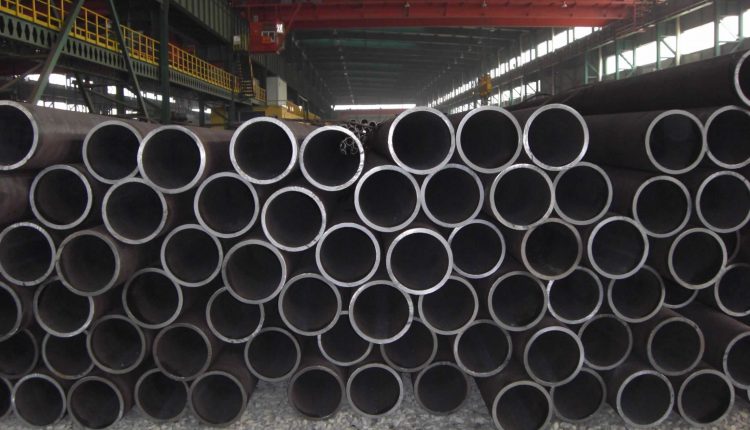 The Nigerian Content Development and Monitoring Board (NCDMB) has concluded arrangements to sponsor 22 young persons to the Peoples Republic of China to acquire critical skills needed to operate and maintain machines that will be used at the pipe mill being set up at Polaku, Bayelsa State by Mainland Pipe Mill Nigeria with support from the NCDMB.

The trainees who will travel before the end of August will be heading to the facilities of Baoji Petroleum Steel Pipe Company Limited (BSG) located at Baoji in Shaanxi Province, China and will undergo their training for 45 working days.

The training is being facilitated by Mainland Pipe Mill, which has BSG of China as its technical partner.

Speaking on Friday in Yenagoa, Bayelsa State at the induction ceremony organized for the trainees ahead of their trip, the Executive Secretary, NCDMB, Mr. Denzil Kentebe challenged them to take the programme seriously and acquire the necessary training and certifications that will enable them successfully operate the Polaku pipe mill when it becomes operational.

He stated that the trainees had been offered an opportunity which millions of other Nigerians were desirous of and charged them to comport themselves as worthy ambassadors and return home as successes.

Speaking further, the Executive Secretary cautioned the trainees against breaking the laws of their host country, especially as it regards the possession and use of illicit drugs as such would be met with stiff punishment by the Chinese authorities and be a disappointment to their families and the nation that have reposed confidence on them.

In his presentation, the General Manager, Capacity Building Division, NCDMB, Engr. Ikpomosa Oviasu restated that the programme formed part of the Board’s efforts to imbue Nigerians with critical skills required in the oil and gas industry. According to him, the trainees would be assessed during and after the programme and the best performers would be placed in existing pipe mills in Nigeria for further on-the-job training ahead of the start of the Polaku pipe mill.

Oviasu also confirmed that the Board and BSG had made arrangements for the accommodation of the trainees as well as provided other necessary materials. He counselled the participants to channel any complaints they might have through the representative of the Board who will accompany them to the trip.

In his contribution, the Manager, Strategy and Policy Development Division, NCDMB, Mr. Abdulmalik Halilu informed the trainees that the focus area of their training was highly specialised and the skills set was scarce in Nigeria. He also advised them to be diligent so as to emerge as qualified machinists and use the knowledge towards the development of the country and self-empowerment.

In their separate comments, representatives of the trainees thanked the Federal Government for enacting the Nigerian Content Act and commended the NCDMB for using the instrumentality of the Act to give them a life-time opportunity. They pledged to acquire the knowledge that had been packaged for them and adhere to every stipulated regulation while on the training.