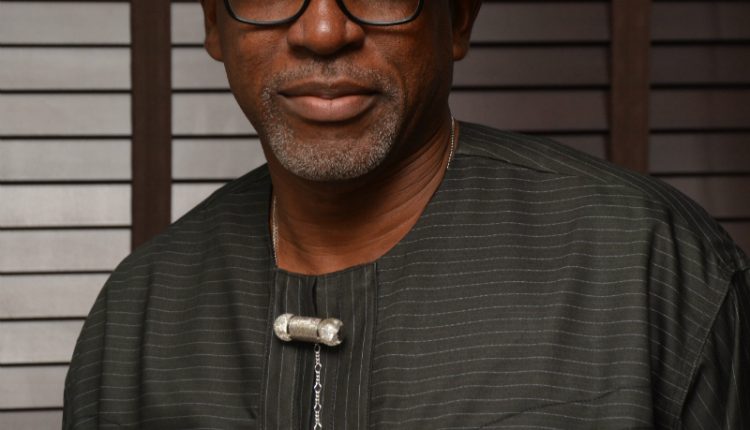 The Nigerian Content Development and Monitoring Board (NCDMB) is to partner the Bayelsa State Government in the development of the Nigerian Oil and Gas and Park Scheme (NOGaPS), the Executive Secretary, Mr. Denzil Kentebe has said.

The parks which are planned for all the oil producing states will be sited in Bayelsa, Imo and Cross Rivers States in the first phase and the facilities are geared to promote manufacturing of oil and gas components, provide opportunities for research and development and integrate oil and gas based entrepreneurs into manufacturing through mentoring by Original Equipment Manufacturers (OEMs) and other multinationals.

Speaking at the 2nd Bayelsa State Investment and Economic Forum (BSIEF) held recently in Yenagoa, Bayelsa State, the Executive Secretary promised that the Board will collaborate with the state government which has announced plans to establish a 50 hectare Eco-Industrial Park that would have designated areas for different sectors of the economy including the oil and gas industry.

He admitted that both parties stood to gain by synergizing efforts so as to avoid duplication of efforts and waste of scarce resources, adding however, that details of the partnership would need to be worked out.

The Executive Secretary who was represented by the Director, Finance and Personnel Management, NCDNB, Alhalji Mustapha Mamudu confirmed that the Board initiated the Parks Scheme and the Polaku Pipe mill to bring operations of the oil and gas industry closer to the oil fields and stimulate industrialization in the Niger Delta region.

According to him, the Board also initiated several programmes aimed at accelerating entrepreneurship and self-reliance among the youths, enhancing participation of community entrepreneurs in oil and gas activities and creating productive employment.

He regretted that managers of the nation’s oil and gas industry hitherto focused on maximizing fiscal values from the industry and failed to domesticate operations of the industry locally. The wrong focus of the industry which went on for 50 years, he explained, led to the export of thousands of jobs and spend abroad, loss of opportunity to learn and alienation of the local populace from the industry.

He however, stated that the implementation of the Nigerian Content Act in the last five years had started to reverse the trend, including creating over 30,000 direct and in-direct jobs for Nigerian youths in the oil and gas industry, encouraging the acquisition and ownership of critical industry assets by Nigerians and retention of a reasonable industry spend in-country among other achievements.

Earlier in his presentation, the Bayelsa State Governor, Hon. Seriake Dickson unveiled the master plan for the Eco-Industrial Park to be located at Gbarantoru and beckoned on NCDMB as well as local and international investors to key into the project.

According to the governor, his administration has started to expand the state’s economy to frontiers beyond oil and gas, adding that the plan was to achieve inclusive growth, create jobs and encourage entrepreneurship.

He said the doors of the state were open to all ministries, departments and agencies as well as the private sector that wanted to partner the state government to exploit the full economic potentials of the state. Other plans unveiled by the Governor included the 220 hectare power generation hub in Gbaran and the Deep Sea Port planned for Agge.

In his speech, the Vice President, Federal Republic of Nigeria, Prof Yemi Osibanjo advised the Bayelsa State Government to have a one-stop-shop for issuing permits for investors seeking to set up in the state.

The Vice President who was represented by Mr. Ade Ipaye also charged Bayelsa State to reduce the incidence of corruption both in its activities and in the investments it was promoting and to make sure all industrial developments were environmentally friendly.